Celebrate Your Birthday in Budapest

Budapest offers endless possibilities when it comes to celebrating a birthday, anniversary, or another event. Even if it’s not the image that normally comes to mind when we think of the capital of Hungary, it’s a very exciting and lively city with a variety of options to choose from. You can start the day out in a traditional spa, watch the sunset over dinner while cruising on the Danube, and then finish with drinks in the bohemian neighborhood of Budapest: the Jewish Quarter. Let the party begin! 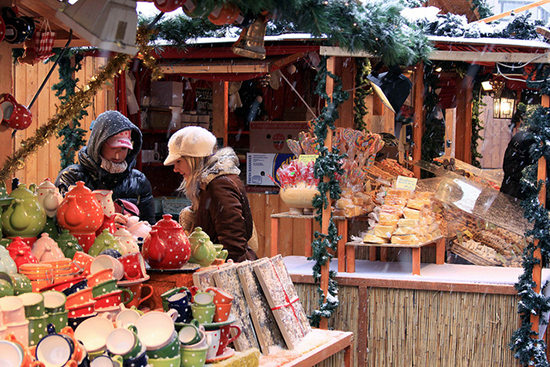 If you happen to be traveling through North, East or Central Europe during November and December, you’ll find markets and Christmas fairs that fulfill the continent with an unparalleled charm. These kind markets are especially traditional in countries like Germany, Austria, Hungary and Poland, among others, but the one celebrated in the Hungarian capital, is undoubtedly one of the best. Photo via NaturesFan1226 From the 15th of November to the 31st of December the famous Vörösmarty Square in Budapest, located on the Pest side, will host its known Christmas Fair. This is an event in which you’ll have the chance to eat, shop and enjoy experiencing some of the traditions of this Central European country. The square will be filled with several wooden stalls selling all kinds of traditional Christmas items. If you like traditional Christmas food, you’ll get exactly what you want in Budapest, since the city is famous for having some of the most delicious dishes in Europe: lángos, a fried bread topped with a many ingredients of your choice; kürtöskalács: a delicious baked pastry, töki pompos, small bread dumplings baked, or simply grilled meats, sausages, strudels or chestnuts, are just some of the culinary delights that you’ll find at this market. You can accompany all these treats with a delicious mulled wine, which is, by the way, extremely popular during this season. The fair is the perfect place to buy traditional Hungarian souvenirs; here you’ll find all kinds of objects of various sizes and prices, which you can later use as decoration in your house or in your apartment in Budapest. From religious objects to handmade Christmas... 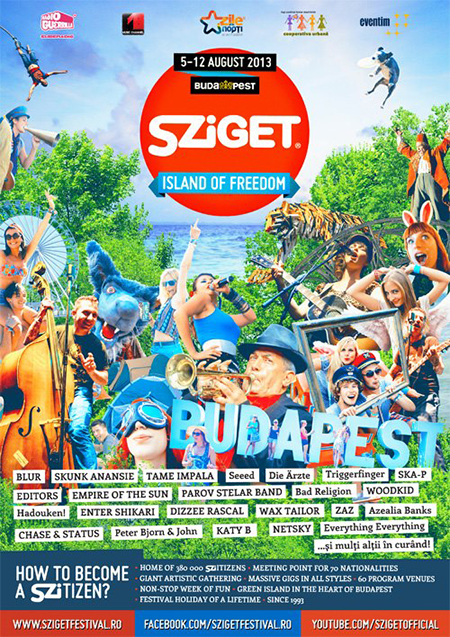 Summer is already here and with it came the open-air festivals that’ll fill with music our sunny season. If you are a summer-festival hunter, Sziget festival is a must-go event for you in Budapest. An entire week filled with over 1000 shows of all kinds, each year attracts around 400,000 visitors from around the world eager to be part of the biggest summer festival in Europe. Festivalgoers will also have the possibility of camping (room for 40,000 campers) on a safe place that has around 1,500 security staff and 10,000 in charge of general service, responsible for creating a clean and friendly atmosphere during the event. Sziget Festival takes place on the 108-hectares island of Óbuda, which is located a few kilometers from the center of Budapest. Apart of music for all tastes, the visitors will be able to enjoy a wide range of activities including climbing, bungee jumping, tennis and football, as well as access to a cinema and a theater. The 2013 edition of the festival, which by the way was awarded as the best summer festival in 2012, will display performances by various bands from all around the world. On the 6th of August, two Hungarian bands will delight the audience with a parallel between the modern sounds of alternative rock by Quimby in Wonderland and the Hungarian traditional folk music by Muzsikás, while creating an ideal environment for the enjoyment of the festival. Nick Cave & The Bad Seeds is the most acclaimed band on the 7th of August. They will certainly perform their song “We call upon the Author”, while spreading their unique energy... 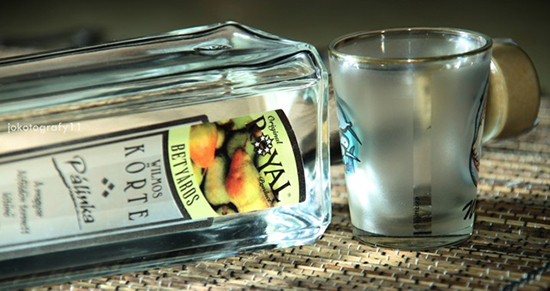 The annual springtime Pálinka Festival is the sister event of the Pálinka and Sausage Festival in the fall. As its name suggests, the festival celebrates the Hungarian spirit Pálinka. Each year at the beginning of May, Buda Castle opens up its Hunyadi Court to locals and tourists alike, and over four days, guests have the opportunity to sample a huge variety of excellent spirits and local delicacies. © jokotografy What is Pálinka? Pálinka is a potent local brandy made from all sorts of local fruits. Most commonly, pálinka is made from plums, apricots, pears and apples; however, just about any fruit can be used for pálinka, including raspberries, blackberries and quince. Many locals say that if it can be made into jam, it can be make into pálinka! As you’ll see at the 2013 Pálinka Festival, the Hungarians are proud of their pálinka. It’s considered a “noble drink”, though you’ll find a huge variety, ranging from humble homebrew to top-of-the-line spirits. Celebrating Prime Pálinka You’ll find pálinka at nearly every grocery and liquor store; however, the variety and quality you’ll find at the Pálinka Festival outshines anything you’d find on store shelves. Each of the major distilleries offers up the very best of their produce, and guests are welcome to sample the amazing range of flavors. Along with the major distilleries like 895 Hunnium, Árpád és Vadász Pálinkák, Békési Pálinkaház, Bezerics, and Brill Pálinkaház, you’ll find a whole host of smaller, family-run operations. These small, independent distilleries sometimes offer up the most innovative, creative new flavors, so don’t spend all your time at the big booths. The little mom-and-pop shops... 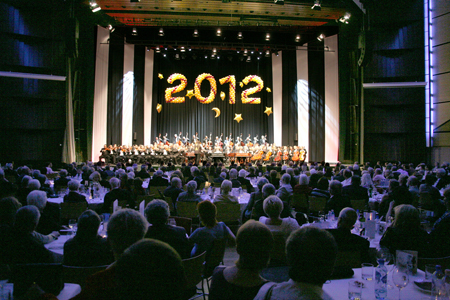 That music and wine are a great combination to enliven the senses is something that people in Budapest know well. So every December 30 the Hungarian capital is decked out to see the year leave with a unique event on the banks of the Danube, where the rich musical tradition of Hungary, with its Gypsies nuances, joins big classical composers like Strauss or Brahms, accompanied by the best wines. The origin of what has already become a tradition in Budapest is found in 1985, the year in which the great dynasties of Hungarian musicians decide to form a band, dubbed Hundred Member Gipsy Orchestra  hoping to create a place of continuous training that involved national young talents, and contribute to preserving the musical heritage of the country. The culmination of this ambitious project comes with a Christmas concert in the elegant and idyllic Budapest Convention Centre. In this edition, the doors open at 18pm and the event begins with a wine tasting at 18:15 pm, where you will have chance to meet the best winemakers in the country and enjoy a traditional dance show. But if you want to feel like a true member of the nobility, choose the option that includes a gala dinner during the concert. The menu Appetizers: Ham with roquefort cream and walnuts, pears with saffron and white wine, blue cheese mousse and red onion jelly. First Course consommé with quail egg and ham profiteroles. Second Course: Pork tenderloin steak with French fries and green beans wrapped in bacon. Dessert: Irish coffee nougat mousse with cinnamon and peanut. Wines: Cabernet Sauvignon Hajósi 2006 Kunsági white...

During three weeks, the last fortnight in March and the first week in April, Budapest enjoys this festival of music, theatre, exhibitions and dance. Unmissable.

The Városliget Park, also known as City Park, is located in Budapest and it´s an ideal place to walk in which is full of attractions.

T-Bónusz is the biggest electronic music festival in Hungary.

Previously known as the Autumn Festival, Café Festival is an important contemporary art event in Budapest.

Susbcribe to our offers