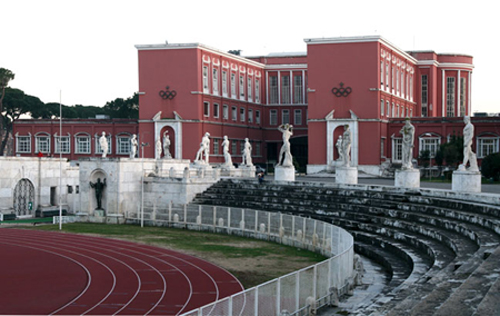 Foro Italico in Rome (not to be confused with the Roman Forum from imperial times) is located on the outskirts of the Eternal City and is part of the sport facilities of the University for the Studies of Rome “Foro Italico”. It is accessible to the visitors and constantly holds tennis tournaments and athletic races. The swimming facilities are located in a building right next to it. Foro Italico was built between 1928 and 1938 and it followed the architecture aesthetics promoted by the fascist dictator Benito Mussolini. This construction is adorned with Art Deco sculptures, which was the dominant artistic style at the time. Fascist Architecture Without going into political, ethical or humanistic issues about what the fascism represented in arts, Fascist architecture, has a very high aesthetic quality. Hitler and Mussolini, as other totalitarians did not hesitate to promote the burning of books and paintings (sometimes even people) in an effort to erase parts of history. But that doesn’t mean that, in some way or another, both regimes promoted highly effective artistic interventions. And as an example we must highlight the rallies of Nazi propaganda in Germany and executed beautiful buildings erected in Italy, especially in the north, because of the Duce, Benito Mussolini On that historic, ethical, social and cultural involution of the time, it was believed that there was no better time than the one of the ancient Rome Empire (in Italy) or the pure Aryan tribes (in Germany). With both of these, it was intended to resume some values from the past (from more than 2000 years before them!) and inculcated them in their... 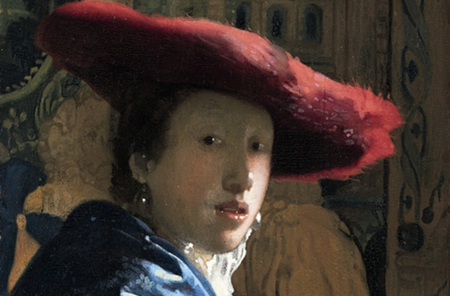 Vermeer and the Golden Age of Dutch Art

When it comes to visiting Rome, the possibilities for entertainment and pleasure are unlimited. Of course, what you´ll have most at hand is art and culture in this great Italian city, and when it comes to art there´s nothing better than a visit to the Scuderie del Quirinale. Here is where the exhibition Vermeer: Il Secolo D´Oro dell´Arte Olandese (Vermeer: the Golden Age of Dutch Art) will be taking place, an important exhibition that´s the first one to be carried out in Italy of this great master of 17th-century Dutch painting. The exhibition not only has some of the most representative paintings by Johannes Vermeer but also thirty paintings by some of his Dutch contemporaries. This way, those who explore this valuable exhibition for the first time and don´t know anything about Dutch painting will not only have a direct perspective with the work of this unique artist but will also be able to contrast his work and that of his most famous fellow Dutch artists. It´s worthy of a reminder that Vermeer´s work, albeit a brief one since he only has 33 to 35 paintings to his name, is highly important in the famous Golden Age of Dutch art. This era was also shaped by an important economical and political change, which allowed for the patronage that Vermeer, of course, took part in. Vermeer´s painting is mainly of traditional style of historical character, since it vividly portrays scenes of everyday life and reality with amazing realism. It´s important to highlight the significant work that Vermeer did with light and the shadows in his paintings, one of his main talents.... 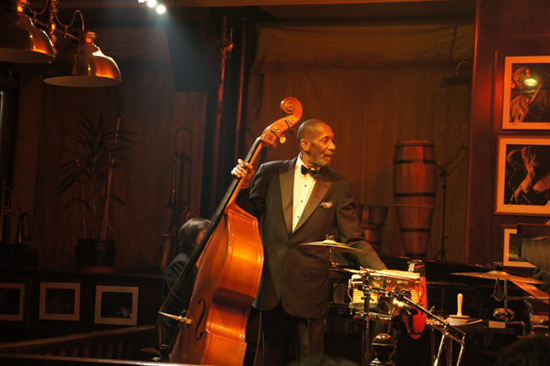 Rome has a wide range of musical entertainment big enough to fulfill the demands of any  live music fan. From jazz and blues to rock, ethnic music and Latin rhythms, the Italian capital offers all kinds of live music in the most diverse venues. If you want to join the Romans and enjoy a good live show you cannot stop visiting these 5 bars during your stay in the city: Alexanderplatz Located near the Vatican, the Alexanderplatz is the oldest jazz club in Italy. Its Stage usually receive great international artists of the genre, they do not leave without signing the legendary walls of the room, filled with the names of the renowned musicians who have played there. The restaurant is known for its warm atmosphere, in addition to its cuisine, which focuses on Mediterranean food. Definitely a place that jazz lovers should not miss during thier visit to the city. You can check the concert schedule on its website:  http://www.alexanderplatz.it/PROGRAMMA3.html Address: Via Ostia, 9 La Palma Club Founded in 1966, the Palm Club is another jazz referral in Rome. You can listen to live music while enjoying some of the delicious dishes the prepare, or you can also visit the gallery to find some of the usual exhibitions of art, photography, etc.. Address: Via Giuseppe Mirri 35 Big Mama Open since 1984, the Big Mama is considered one of the best places to hear live music in Rome. Best-known for its performances of blues ,it  also offers jazz, rock, songwriters or ethnic music. In recent years it has been a platform for new talents, which today have successful... 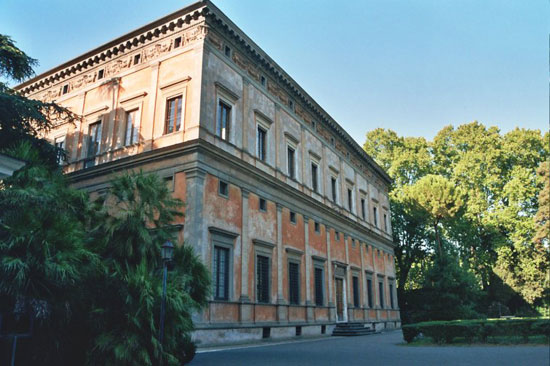 Villa Farnesina is one of the most representative and beautiful Renaissance buildings in Rome, located in the middle of the Trastevere next to the Tiber river. It´s a place with a lot of history, so much so that it goes back to the times of Julius Caesar. The place where the villa is built was always the residence of Roman noblemen or aristocracy. In this very same place, the emperor Julius Caesar had a palace surrounded by vineyards and crops, and the story says that it was in this place that the Caesar kept his lover, the mother of his son Caesarion, Cleopatra. With the arrival of the Renaissance, Roman nobility began to show its economic and social power by building huge constructions. The most important surnames competed amongst each other by ordering the construction of their palaces or summer houses, where they used to carry out their social and leisure activities, to the most famous artists and architects of the time. Villa Farnesina is one of these places. It was ordered by the banker Agostini Guidi in 1505. For that, he called upon the most famous artists of the time, among them Baltassare Peruzzi, for the construction and deign, as well as the decoration of some parts of the palace. Also, he called upon Rafael, who painted the famous frescos of the facade and decorated the whole inside of the building with paintings, now a Renaissance nobility symbol. As well as Rafael, Peruzzi himself and Sebastiano del Piombo participated in the decoration of the walls and ceilings of the palace. The frescos chosen for the decoration of the...

On Road is a motorbike rental company in Rome that incorporates a GPS or navigator to all of its vehicles.

Giannangeli Pharmacy is open 24/7 so you won´t have any trouble in finding what you need if you feel sick during your stay in Rome.

The Jucci Maria Clotilde Pharmacy is located in the centre of Rome and it´s open 24/7 so that anyone who goes there doesn´t have to worry about opening hours.

There are Farmacia Comunale stores all over Rome and they´re open 24/7, so whichever your problem may be, they can solve it.

Gagosian is almost an art franchise with homes in Rome, Genoa, New York or Athens, with impressive spaces and exhibitions by great artists.

Valentina Moncada Gallery is one of the most prestigious ones in the country and it´s among the international elite of the art circuit.