The Carnival of Venice

In many people’s minds, the city of Venice is practically synonymous with life, revelry and fun. At no time is this more apparent than during Carnevale. Every year the city of Venice throws a major bash over a number of weeks, culminating in a final hurrah on Shrove Tuesday (also known as Fat Tuesday or Marte di Grasso). If you’ve never been to Venice, this is the time to visit – and if you know the city well, you’ll already know that Carnevale is the quintessential Venitian experience. 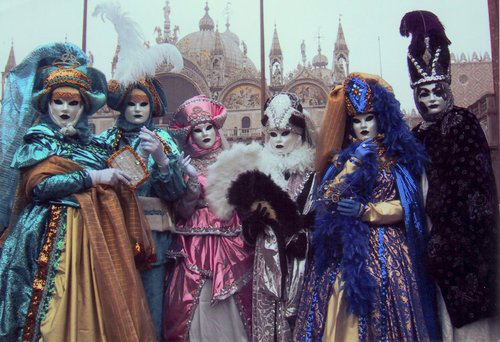 The carnival originally was created to celebrate the victory of Serenissima (old Venice) over the Patriarch of Aquielia in 1162. Every year, the city would gather in honor of the victory, celebrating with song and dance. Over time, the festivities grew and during the Renaissance, the festival became an official event.

Though Carnevale went into decline during the 18th century, the tradition was resumed in 1979 and today, over 3 million visitors flock to the city to celebrate.

Carnevale in 2013 promises to be another fabulous affair. Events range from historic throwbacks to modern celebrations. From ice skating on Campo San Polo to musical spectaculars, from traveling theatrical performances to costume competitions, there is something for everyone to enjoy.

Of course, there are a few events that you absolutely cannot miss. Whether you’re short on time and just catching the highlights, or you just want to take in the very best of Carnevale, here are our recommendations for the top Carnevale activities in 2013:

This is one of the mainstays of Carnevale, and something you really can’t miss. Fortunately, there are multiple competitions throughout the duration of Carnevale.

On competition days, participants line up in costumes, wigs and stunningly beautiful masks. The masks are the focal point of the competition, and they come in a variety of traditional shapes, sizes and styles. Each mask style has a corresponding costume style, complete with accessories, so each competition is quite a show.

The Grand Theatre stage is set up from February 2nd to 12th each year, and is the heart of the entire Carnevale. Every day boasts an impressive itinerary of shows ranging from traditional shows like the “Festa delle Marie” to contemporary choreography and circus theater to international exhibitions.

Translated as “The Rowing of Silence”, this event bids a spectacular farewell to Carnevale 2013. As the clock winds down, a silent procession of gondolas make their way from the Rialto bridge along the Bacino di San Marco Grand Canal. The procession glows with candlelight as the silent gondoliers make their way to their final destination. Once the procession reaches Punta della Dogana, Carnevale is officially over.

Anyone can participate in this final event. You can purchase seats on one of the participating gondolas, or if you prefer, you can simply watch from the sidelines as the magical procession passes by.