Although she is French, she is the most famous American symbol in the world. This beautiful lady has welcomed millions of people at New York’s Harbor and has given hope to her admirers just with her presence. She was unacknowledged and almost given away by neglect, but most importantly she has been inspiration to millions. Yes we are talking about the famous statue of the liberty.

Lady liberty is probably the single most universally recognized emblem of the United States anywhere in the world. Its presence dominates New York’s harbor landscape today, as well as, when millions of Europeans came by ship to the land of opportunities. Furthermore, the statue is a spiritual and artistic statement of the values of the United States and, of course, an engineering marvel; no one had even attempted to build a structure anywhere near that size ever before. Gustav Eiffel designed the lady’s frame, which was very strong and sophisticated; it had to support the extremely heavy cooper she is made of. If the frame got out of position, her cooper sheets would crumble under their own way, so there is no doubt of the challenging and innovative elements of this unique monument. 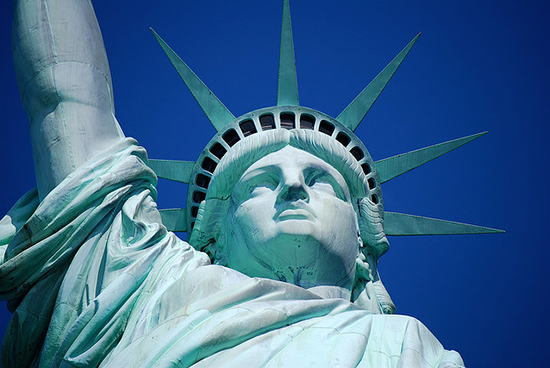 It isn’t a coincidence that there are many replicas and imitations of Lady Liberty in the whole world, because it simply represents: freedom for all. Here are some the less known replicas:

To return the favor, American residents in Paris gave the French government a replica of the statue of Liberty to commemorate the French Revolution. It is located in the Seine River near the Grenelle Bridge on the Île des Cygnes. From this place it is even possible to photograph it next to the Eiffel tower. This replica is 11.5 meters high and in 1937 its position was changed, for it to look in the direction of the New York’s lady.

We can also find the universal idea of freedom represented by a replica of Lady Liberty in Asia. It is located on Oidaba, an artificial island in the capital of Japan. This figure was constructed to strengthen the relations between France and Japan; in fact it is a replica of the one in Paris.

Argentina´s Statue of Liberty was made by the same sculptor who made the New York one, the French Frédéric Auguste Barthold. You’ll find it in Barrancas De Belgrano Square – Buenos Aires.

In the coastal state of Campeche – Mexico, we can find a white statue of liberty inspired by the one in New York. It is specifically located at La Libertad Square in Palizada.

It is rather unusual and encouraging that so many people and resources were devoted to build a monument that doesn’t venerate the heroes of a war or a famous leader, instead Lady Liberty commemorates the idea of universal freedom for humankind. Even though it still seems to be a utopian idea, we, as humans, shouldn´t give up searching for it.