New York City is a fascinating place to visit. It’s rich with history, and you’re guaranteed a surprise on nearly every block. While there are all of the obvious tourist spots to visit, there are also a number of fascinating oddities off the beaten track that are definitely worth your time. If you’re feeling adventurous, check out some of our favorite secret spots in New York. 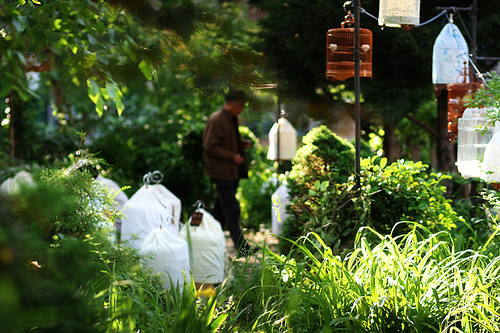 Take a ride on the 6 train (that’s how we call it in NY), and as you’re clattering along through downtown Manhattan, keep your eyes peeled as you pass between 23rd Street and the end of the line. If you’re paying attention, you’ll notice three abandoned subway stations. The Worth Street, City Hall and 18th Street stations all were closed due to changes in the transportation system, but they still sit there, empty and ghost-like as trains sail past.

Head down to Soho, and stop in at the Haughwout Building at 488 Broadway. This old building houses the very first passenger elevators in the world. The elevators were installed in 1857 by American inventor Elisha Armstrong Otis. The elevators aren’t used anymore, and the actual location within the building is one of New York’s little mysteries. Interestingly though, the work done on the Haughwout elevators set many of the precedents for elevators in skyscrapers today.

As you stroll along Delancey Street in Sara D. Roosevelt Park, keep an eye out for a little half-moon quadrant at the corner of Forsyth Street. At this tiny, hidden park you’ll find dozens of bamboo bird cages strung on clotheslines between the trees. Housed in the cages are vibrantly colored Hua-Mei Chinese songbirds. Since 1993, Chinese locals have gathered in the little garden on warm mornings in the spring and summer to take in the cheerful song of the birds.

This spot might take a little more bravery, as nowadays it’s technically illegal to enter. The Freedom Tunnel is a subterranean train entrance that starts at 122nd Street and runs for about 50 blocks to the south. The tunnel was abandoned not long after its construction in the 1930s, and it quickly filled with hundreds of New York’s homeless. When the tracks were reopened in the 1990s, everyone was evicted and entry was made illegal due to the danger of active trains. It’s still a fascinating spot though, and graffiti artists and brave explorers still make the trek down into the bowels of the Freedom Tunnel.

This old speakeasy is a throwback to the days of the Prohibition. The low-level bar is built on the remains of smuggling tunnels used by bootlegger Frank Hoffman. Stop in for a drink and if you’re lucky, you might just get a tour with owner Lorcan Otway.

As you stroll through Soho and Harlem, check out manhole covers as you pass. If you’re lucky, you might just spot one that’s a remnant from the days of the Croton Aqueduct. The aqueduct used to supply the city with water, but it has long been shut down. Every now and then though, you’ll come across a little link to the city’s past.