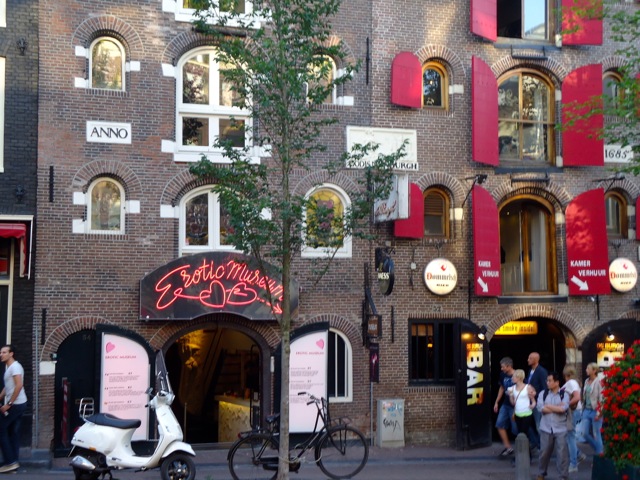 Fancy a walk around its canals? A tour of its coffeeshops? Travelers showing other travelers around. The phenomenon of free tours in Europe is here. 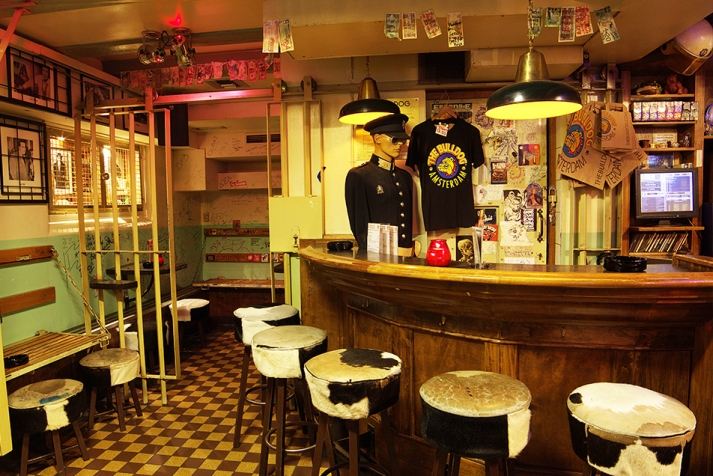 Exclusive Route through 3 Coffeeshops in Amsterdam

Curiosity or vice? We could say, if we were to exaggerate a little, that Amsterdam’s coffeeshops are almost National Heritage sites. Here are the 3 coffeeshops you can’t miss out on when you visit Amsterdam. 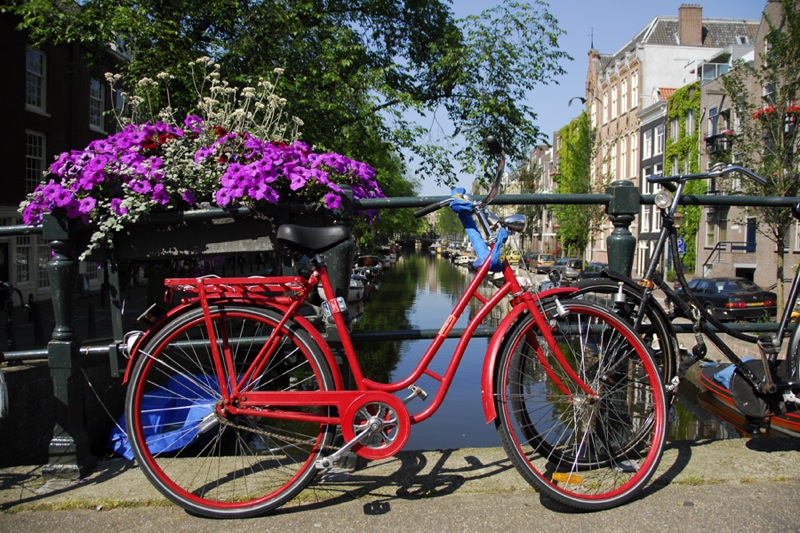 If you’re planning a European trip, here are 22 good reasons to travel to Amsterdam, perfect in the summer and winter 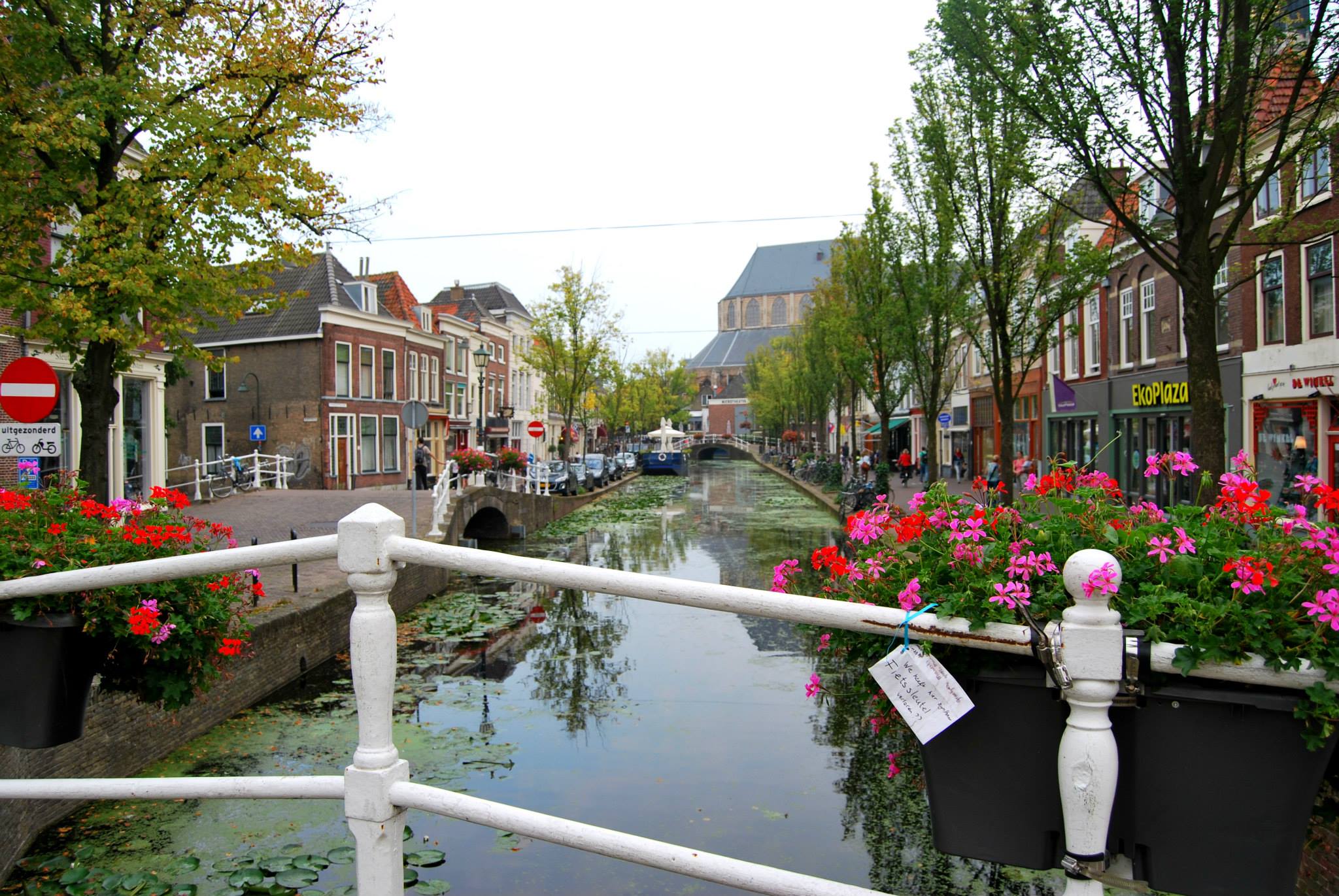 A Walk through Holland’s Towns

The area around Amsterdam hides many surprises. Discover charming towns that are quieter than the Dutch capital. 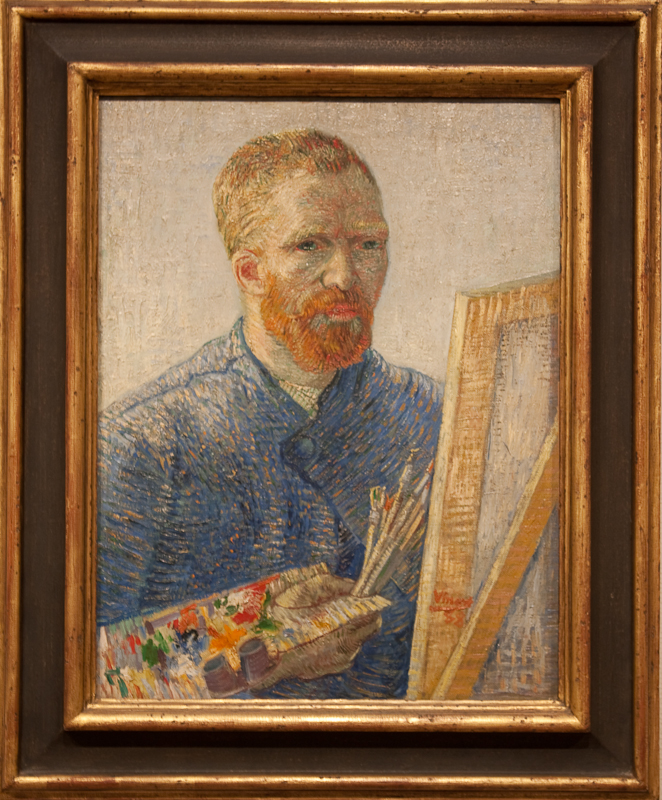 Amsterdam, the City of Museums

Amsterdam is a magical city brimming with unique details and rich in architecture, history, art, culture and museums alike. With artists of the likes of Rembrandt and Van Gogh dominating the local art scene, art lovers will find that this city more than satisfies any of their fine arts cravings. However, the Dutch capital has a lot more to offer than mere brushstrokes on canvas, with an almost endless array of oddities on display to please even the most curious of travelers. If you are planning on spending some days at one of our center Amsterdam apartments, you may want to have a look at this museum review to complement your plans in the city. ART Amsterdam’s art scene has always been very vibrant, and one particular museum proves it, the Rijksmuseum, one of Europe’s most prominent art collections. You can visit the Dutch Golden Age in the heart of the Dutch capital anytime from 9am to 5 pm. Among its collections, you’ll find paintings by Masters like Rembrandt and Vermeer, as well as the popular painting The Night Watch. Rembrandt fans, baroque aficionados, and those who wish to learn more about Europe’s cultural heritage should not skip a visit to the Rembrandt House, in the Jodenbreestraat, behind the Waterlooplein. This was the painter’s home and studio between1639 and 1659, where he created many of the famous art works that hang on the walls of this home turned museum. You can visit it any day of the week from 10am to 5pm. And it’s time now for the Master of impressionism, Vincent van Gogh. The Van Gogh Museum, a... 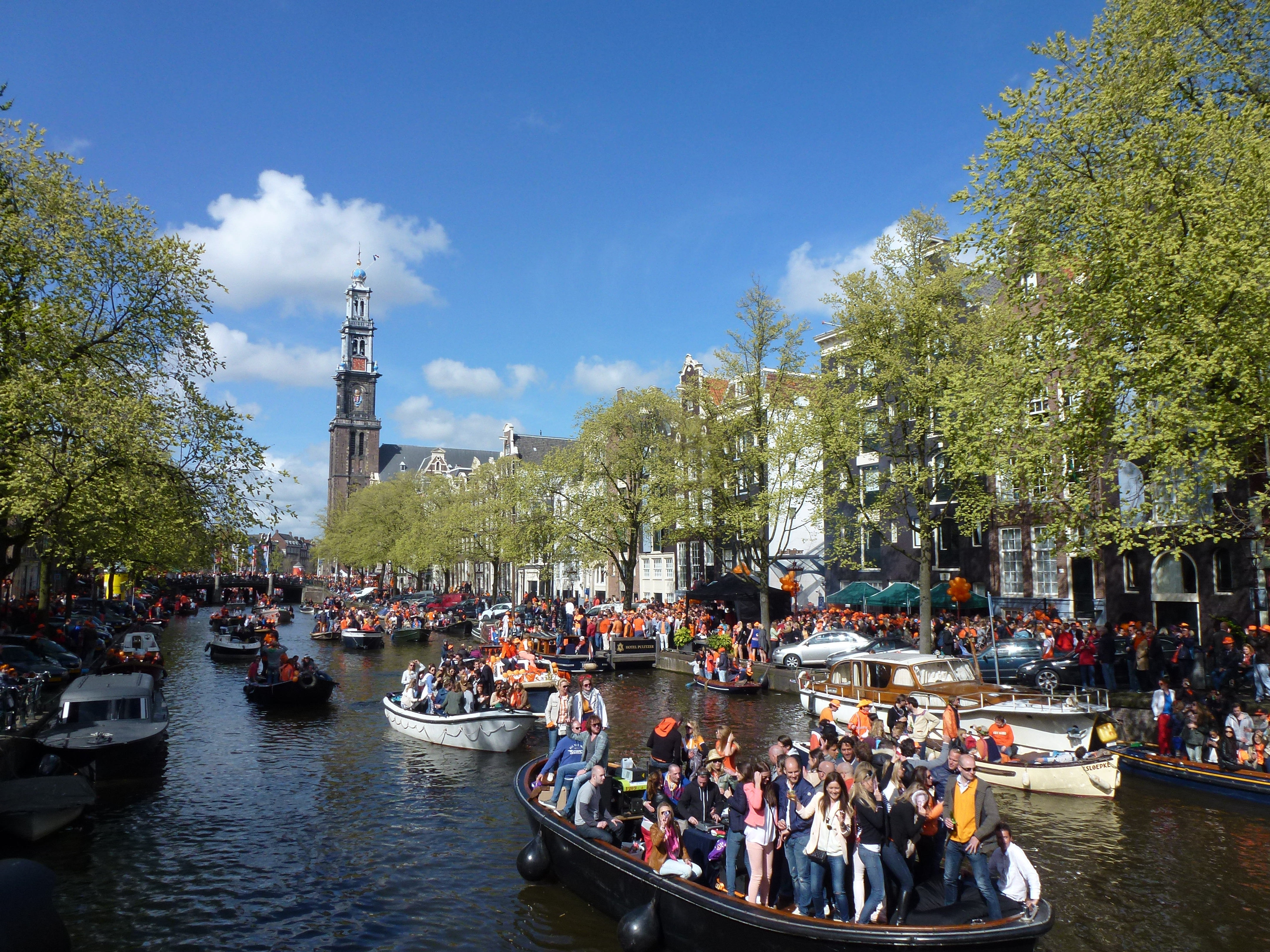 With the arrival of spring comes one of the most memorable festivities in Amsterdam: the King’s Day. This year the Koningsdag will take place on April 27, a day when the entire Dutch capital will be colored oranje (orange) to honor the royal family. The King’s Day in Amsterdam is a true party: the sound of musicians and DJs fills the public squares, boats crowd into the channels and locals and visitors alike take to the streets and canals. Want to experience the King’s Day like a real Amsterdammer? We’ll tell you how: Warming up Although the official party starts the morning of the Koningsdag, the starting signal is really on the eve of this great day in Amsterdam and its known as the Night of the King. Amid a carnival atmosphere, the music is nonstop throughout the city as both Amsterdammers and visitors get warmed up for what’s ahead: King’s Day. Once the big day has arrived, one of the main events is the vrijmarkt (flea market). The Koningsdag is the one day a year when the Dutch do not have to obtain permission from the authorities to sell goods on the streets, which means the whole country, in keeping with its commercial legacy, becomes a street market of second-hand food, drink and of course, orange items. Despite the crowds, spending King’s Day in Amsterdam presents a good opportunity to find a souvenir of the city at a bargain price.   All aboard! As you might have expected, canals in Amsterdam are play an important role on King’s Day. Countless boats ply the waterways of the Dutch city... 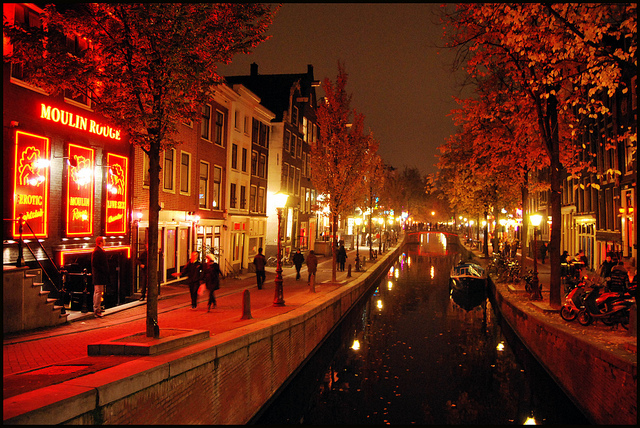 Visiting the Red Light District in Amsterdam is an experience in itself. There are no prejudices or taboos, nor shame or virginity, but there are indeed rules. Each of the women offering their services must have a special license to practice as a prostitute, pay their taxes and have passed the relevant health checks. So really the fact that prostitution is legal in the Netherlands normalizes the situation and makes the famous Red Light District exceptional, elegant, and clean. But it’s still inundated by neon. 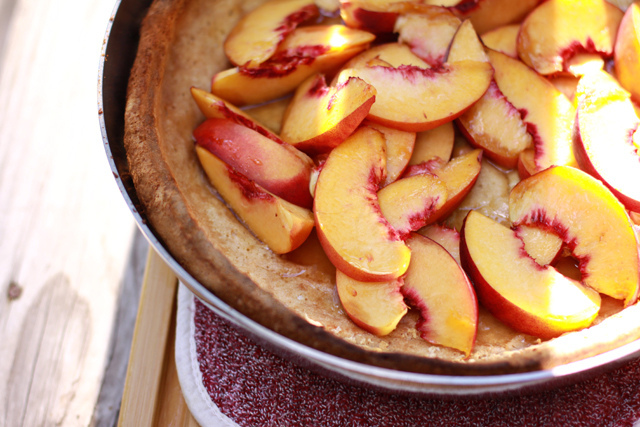 The Pleasures of Eating Breakfast in Amsterdam

There’s nothing quite like a good breakfast. They say that the key to keeping one’s figure is to eat breakfast like a king, lunch like a prince, and dinner like a beggar. Well, we took this literally, and found ourselves in some of the most interesting cafes in Amsterdam. To start the day, Dutch people generally like a big breakfast. They love a “slagroom” (hot chocolate with whipped cream), accompanied by the typical Dutch puff pastry known as “saucijzenbroodje” and, of course, their famous pancakes, “pannekoeken.” Come on, let’s go get a calorie bomb. 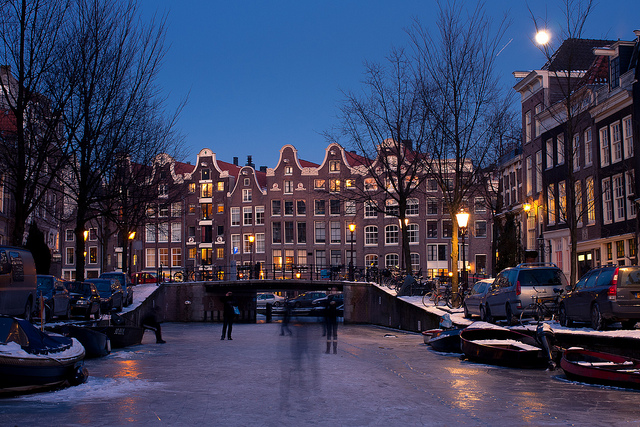 The Magic of Skating on the Canals in Amsterdam

Once in a while the canals in Amsterdam are transformed into long ice rinks. It’s not a phenomenon that happens every year, in fact very difficult to foresee, but when it happens, the winter picture of the city is unbeatable. People all convene in the street, because for them it is a truly national event. Of course, skating on the canals of Amsterdam is a magical experience. 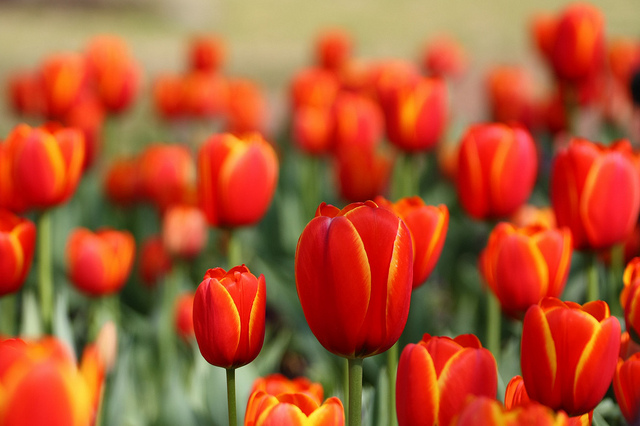 Talking about Holland means talking about tulips. National Tulip Day, which is celebrated on January 17, marks the kick-off of the season in the low country. And of course, this is a day that is celebrated in style in the city of Amsterdam. In the city’s Dam Square, you’ll find the largest tulip garden you’ve ever seen. The city center is transformed into a festival of smells. Take a walk through what seems like a gigantic rainbow, buy flowers, or simply snap pictures that you won’t need to retouch with Instagram.