Tennis and the city: New York gets ready for the US Open

The US Open is one of the most glamorous events of the hot New York summer by a long way and it´s suitable for all tennis fans and for fashion victims that can´t really tell the difference between an ace, deuce or a donut, and only want to see and be seen among the VIPs of the Big Apple, just like a Sex and the City episode. Walking around the elegant complex of Flushing Meadows and, of course, enjoying a nice day of tennis or non-tennis (if you chose the ´fashion´ option), is one of those things that everyone should do at least once in their lifetime. And if your visit to the Big Apple -or its surrounding area- coincides in between the 26th of August and the 9th of September of 2013, it would be unforgivable if you missed out on enjoying one of the four Grand Slams of the tennis world tour and cheering on your favourite player. 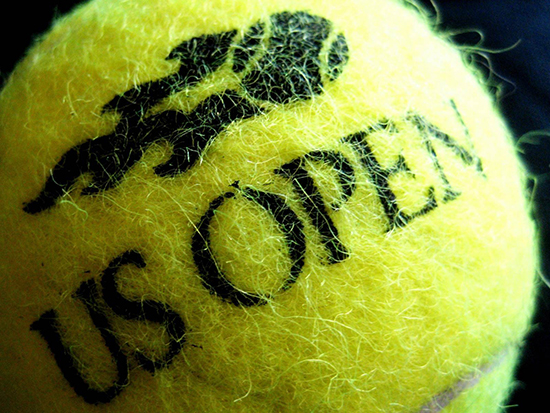 Just like it happens in Paris with the clay at Roland Garros, in Melbourne with the plexicushion (which is what the surface is called in the Australian Open, no word of a lie!) or in London with the green and wet grass of Wimbledon, New York is the fourth Grand Slam tournament of the season that gathers the best tennis players in the world for two weeks. All of this happens in a city -and especially in a country- that pays more attention to other sports such as basketball, baseball, American football or even ice hockey, so it´s nice to have some five-star tennis every once in a while!

If you want to buy tickets to guarantee your entry at Flushing Meadows, the best you can do is go on the official tournament website (www.usopen.org) where you will find all the information you need in different languages. if your plan -not suitable for all pockets it has to be said- is to attend every one of the 26 tennis sessions that are distributed throughout the 15 days of morning and evening programme, take into account that you will have to pay at least $2000.

However, this way you make sure that you won´t miss a game and you will be able to watch the ever-thrilling men and women´s final, with this year the finals being moved forward a day to allow for the players´ rest, so the women´s final will be on the Sunday and the men´s on the Monday, unlike in all other three Grand Slams. If your budget is up to it, you can buy the tickets on the website itself also for the international restaurant areas and the car park, in case you´re travelling there by car. You can even rent one of the 90 suites that gives you the right for 20 tickets and that include a view of the Arthur Ashe Stadium (main court), kitchen and catering as well as furniture upholstered by Ralph Lauren.

You will be one of the 22,500 spectators that can fit in the Arthur Ashe Stadium but, unlike the others, you will have paid up to $100,000. This option is thought out mainly for companies but let´s not forget that the US Open is a sports event and it foments tennis, so you can also find tickets for under $10 for the first few days of the tournament. They won´t be numbered but at least you will have the chance to enjoy the complex and be able to tell all your friends about it.