The Barcelona FC and Athletic Bilbao face-off this coming May 30th at Camp Nou for the Copa del Rey title will no doubt be a sharp display of two markedly contrasting styles of play between the Catalans and the Basques. Two cultures that are distinctly different in their everyday lives. And this is the perfect chance for us to explore both cities through their gastronomy, art, scenery, and of course, football. And you? Who do you support? 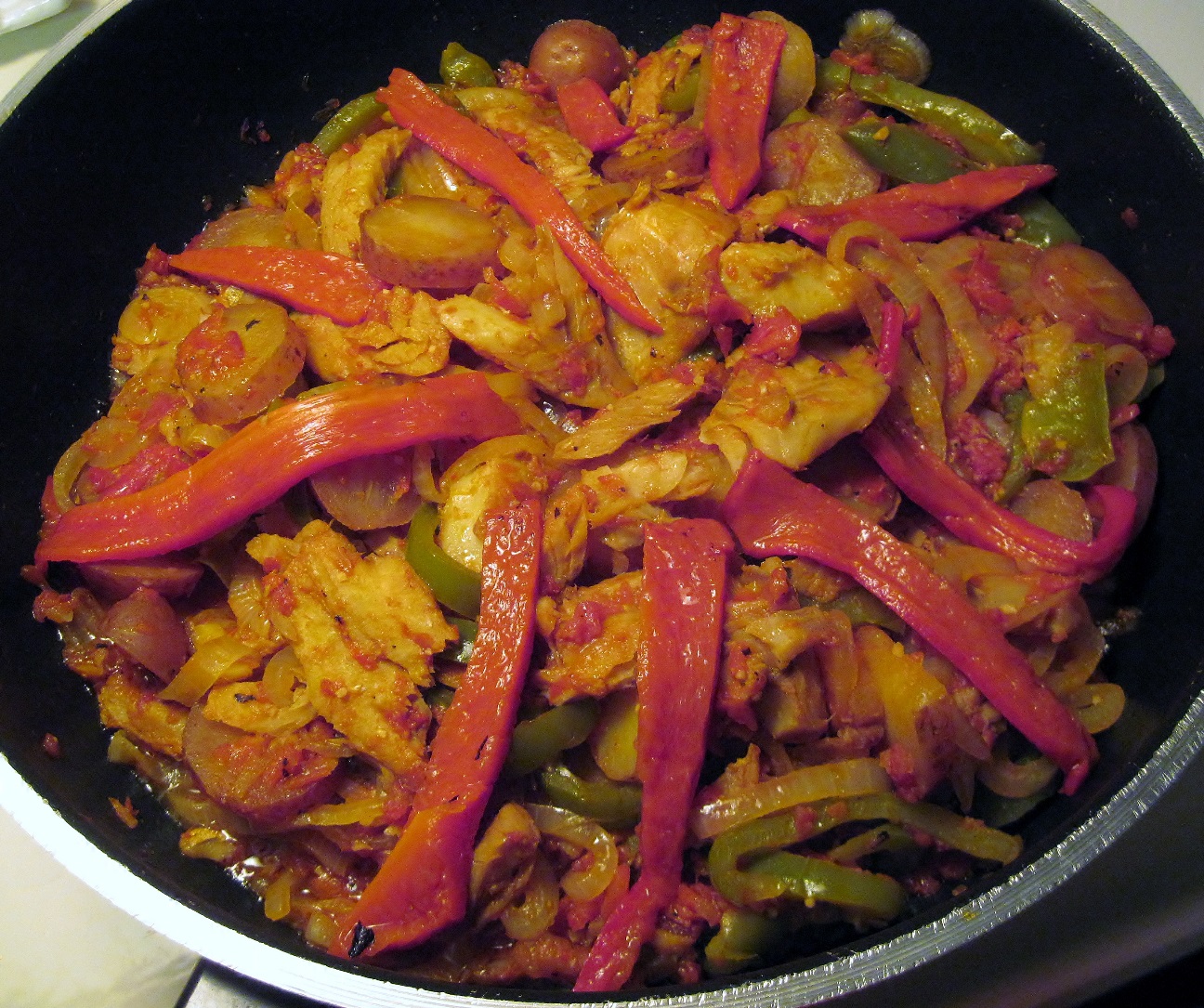 Bilbao: We couldn’t talk about Basque cuisine without mentioning its famous pintxos (small snacks typically eaten in bars). El poteo (a daytime bar crawl of sorts involving wine and small servings of food) is a very typical activity in the Basque Country, and you can follow a route through the streets of the old town in Bilbao. Bacalao a la vizcaína (a traditional codfish dish) is another of Bilbao’s classics. But are you still hungry? You can try some delicious Carolinas (small puff pastry tarts filled with custard and topped with a generous tuft of meringue and chocolate and egg yolk frosting.

Barcelona: The famous Catalan pa amb tomàquet served in most of the city’s restaurants consists of sliced, toasted bread with fresh tomato, olive oil, and a touch of garlic… delicious! Calçots, a type of onion cooked over an open flame and eaten with romesco sauce are another typical Catalan plate. And to finish off on a sweet note, try the Crema Catalana, egg-yolk based custard cream topped with a thin layer of caramelized sugar. 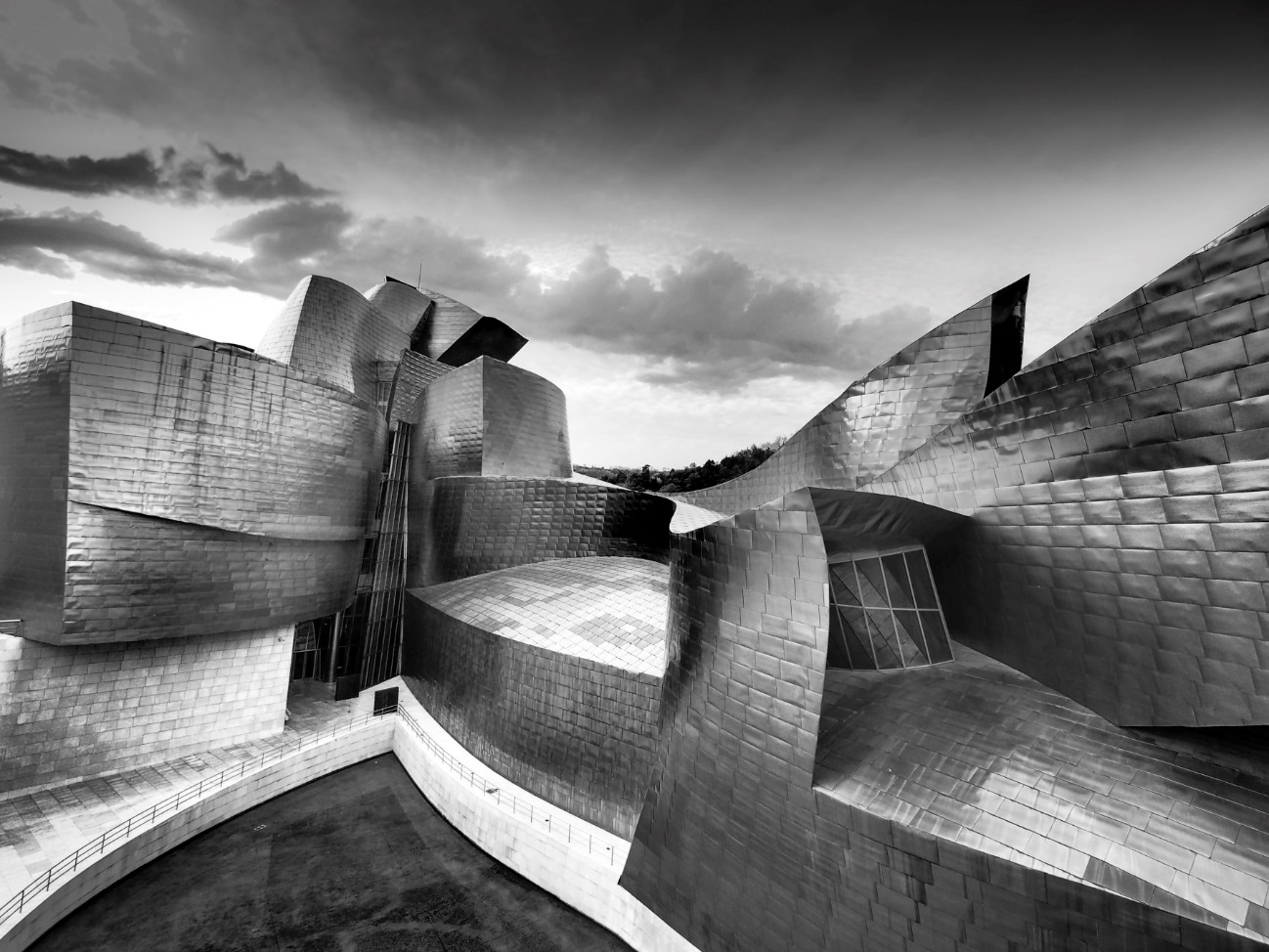 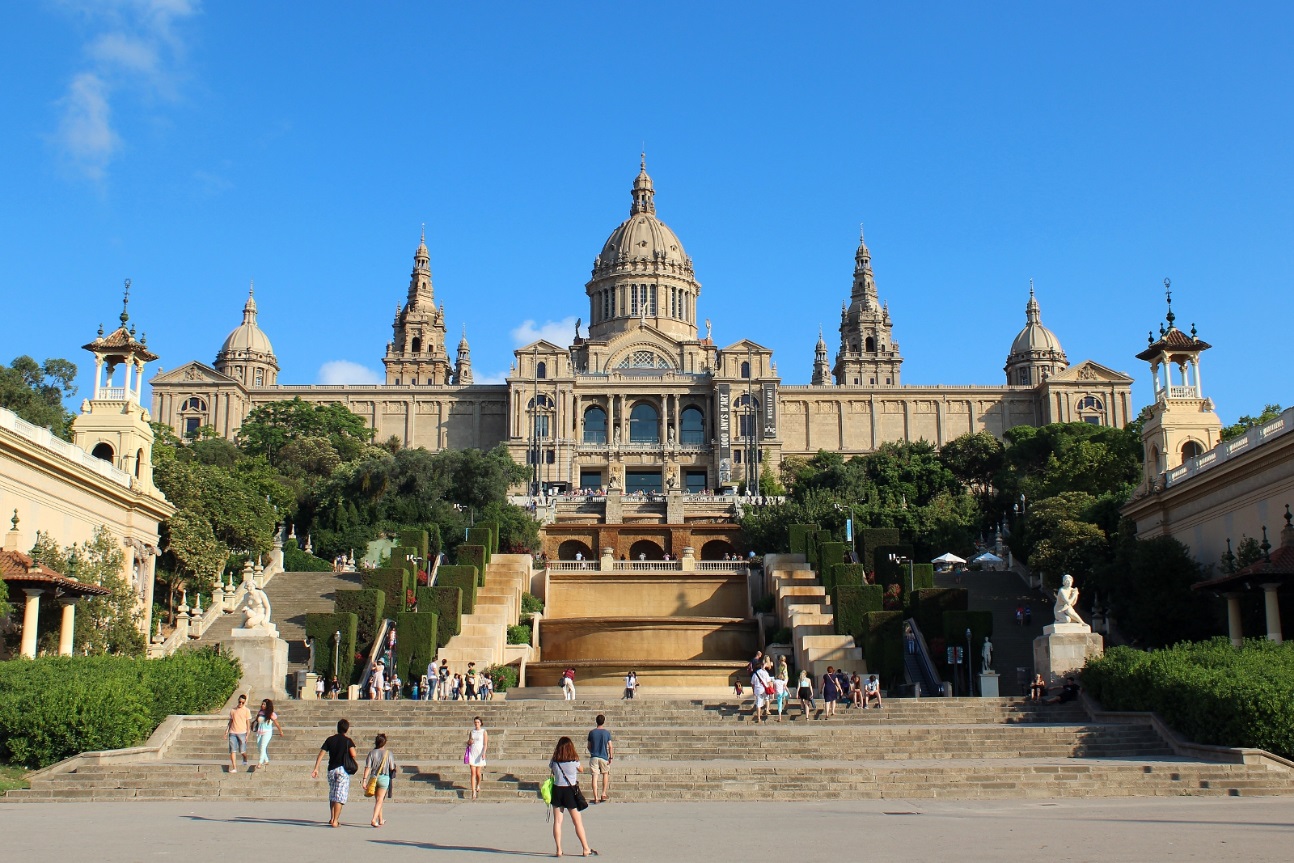 Bilbao’s Guggenheim Museum: Inaugurated by King Juan Carlos I of Spain in 1997, the Guggenheim Museum houses its own contemporary art collection. Built on the banks of the Bilbao Estuary, its building is one of its most striking features- curvilinear and twisted forms combining limestone, glass curtains, and titanium plates. Seen from the estuary, the building appears to be shaped like a boat, honouring the rich history of the city’s harbour, and seen from above, it appears to be shaped like a flower.

Barcelona’s MNAC: The Museu Nacional d’Art de Catalunya (Catalan for the National Art Museum of Catalonia) was opened in 1990, although the Montjuïc Palau Nacional it is housed in was built for the 1929 Universal Exposition. The museum is noted for its Romanesque art collection, considered to be one of the most complete of its kind in the world. The classicist building has a rectangular floor plan flanked by two side and one rear square sections, with a large dome in the centre. The water fountain located to the front of the palace provides for stunning light and sound shows at night. 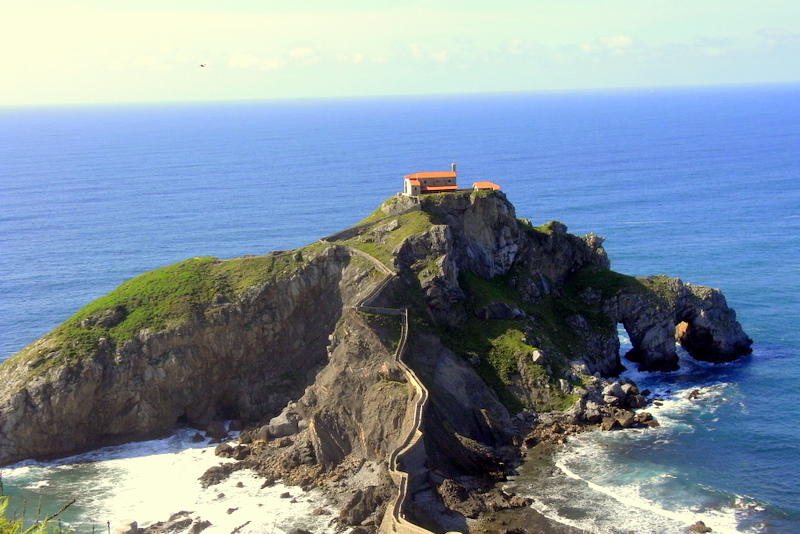 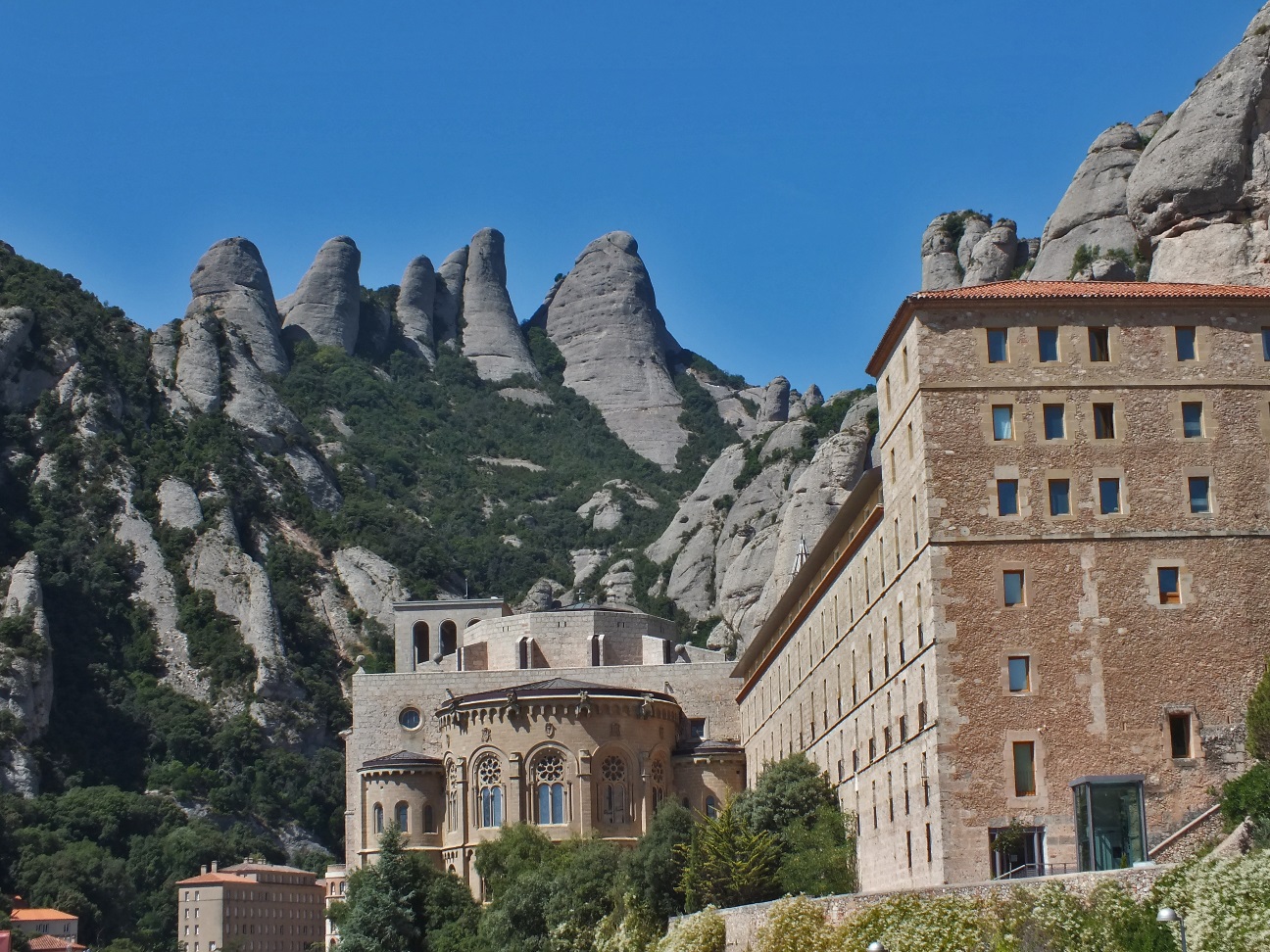 Gaztelugatxe: a small islet located in Bermeo and connected to the continent by means of a two-arched bridge. The green islet with lush vegetation is the site of a small chapel dedicated to St. John. There is a tradition consisting in climbing up and sounding the bell three times to have a wish granted and to ward off evil spirits.

Montserrat: Catalonia’s most significant multi-peaked mountain is the site of the sanctuary and Benedictine abbey of Montserrat, dedicated to the Virgin of Montserrat, also known as la Moreneta. It is also known for its choir of singing children, and the aim of the resident monks of Montserrat is to continue to make the mountain a site for meeting and prayer.

Athletic Club: With 8 Liga titles and 24 Copa del Rey cups, Athletic Club Bilbao is one of the most successful teams in Spanish football. Together with Barcelona FC, and Real Madrid, it is one of the three clubs to have always played the Primera División. Athletic’s ranks only admit players formed and raised in clubs in the Basque Country. It is said that the core values among its ranks are those of belonging, tradition, identification with the colours, a desire to excel, communion with their followers, the San Mamés arena itself, and respect.

Barcelona Football Club: Universally known as “Barça”, the club has an impressive history of wins, both nationally and internationally, with 22 Liga titles, 26 Copas del Rey, 11 UEFA Super Cups, 2 FIFA Club World Cups, 4 UEFA European Championship titles, 4 UEFA Cup’s Winners Cups, and 4 European Super Cups. Considered to be the world’s best football club of the first decade of the XXI century, Barça is one of the only four clubs in Spain together with Real Madrid, Athletic Club de Bilbao, and CA Osasuna, to be owned and operated by its members. Respect, effort, ambition, teamwork, and humility are the five core values that best describe the spirit of Barcelona FC.

Are you Leones or Culés? Discover our Barcelona apartments and go support your team on May 30th.