Oxford Street has nothing on Fifth Avenue, and Fifth Avenue has nothing on Oxford Street. New York or London? It’s a tough choice, isn’t it? Here are some points so you can get better acquainted with the two main commercial arteries in the world. Fashion, design, style, and glamour for all pockets. Shall we go shopping?

It’s considered to be the most expensive street in the world. And it is. Also known as Millionaire’s Row, Fifth Avenue is famous for its luxury boutiques and its impressive mansions. Just so you can position yourself: it starts in the area of Washington Square Park in Greenwich Village, and stretches to Midtown Manhattan. Walking along this New York artery is very enjoyable, and at the same time, you can see some tourist attractions. You’ll pass by the Empire State Building, the Rockefeller Center, the Public Library, the Flatiron Building, the Metropolitan Museum of Art, St. Patrick’s Cathedral, the Jewish Museum, and the Solomon R. Guggenheim Museum.

But if stores are what you are after, you’ll find them for all tastes and wallets. In that case I’d recommend having a look at the underground Apple Store, or dreaming at Tiffany & Co. It’s expensive, yes, but dreaming is free! Other brand names that have also set shop there are Gucci, Cartier, Armani, Christian Dior, Victoria´s Secret, Hugo Boss, Benetton and Nike. The most luxurious stores are found between 49th and 60th Street. You’ll feel as if in “Sex and the City”. 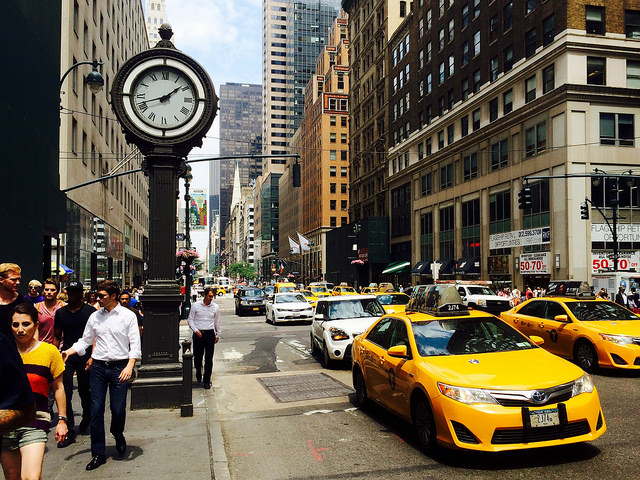 Fifth Avenue has nothing on Oxford Street. Well, except for the prices. Oxford Street –located in the City of Westminster- boasts over 300 stores along its 2km length. It is one of the busiest streets in Europe with millions of visitors every year. And I’m not exaggerating. This London street has been a tourist attraction for a very long time. Just so you get the idea, it stretches from Marble Arch, to St. Giles Circus, passing through Oxford Circus. You won’t miss it. On the way you’ll come across the British Museum and you’ll be able to promenade through London’s green lung, Hyde Park.

Besides high-end boutiques –of which there are many- there are also many affordable and popular high-street names like Zara, Bershka, Primark, H&M, or Adidas. These brand names set trends all over the world. There are also British department stores that don’t disappoint, like House of Fraser, Selfridges, Debenhams or the popular Marks & Spencer. And for the youngest ones: The Disney Store. Its windows are magnetic. In fact, it may seem hard to believe but more and more people are traveling to London just to go shopping on Oxford Street. So if shopping is right up your alley, go to London during the sales. A bargain within the reach of many! 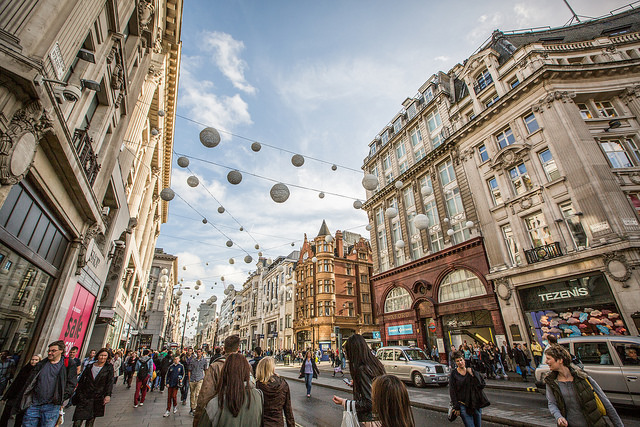