The culture, the climate, the cuisine, and sports are some of the highlights when choosing a town to live in. For instance, Toledo will become Spain’s Culinary Capital next year. San Sebastian will hold the title of European Capital of Culture, and if we jump across the pond, Rio de Janeiro (Brazil) will be the host of the next Olympic Games in 2016. Any of these three destinations could be a good choice. So, how about we learn a bit more about them?

Toledo will be Spain’s Culinary Capital in 2016 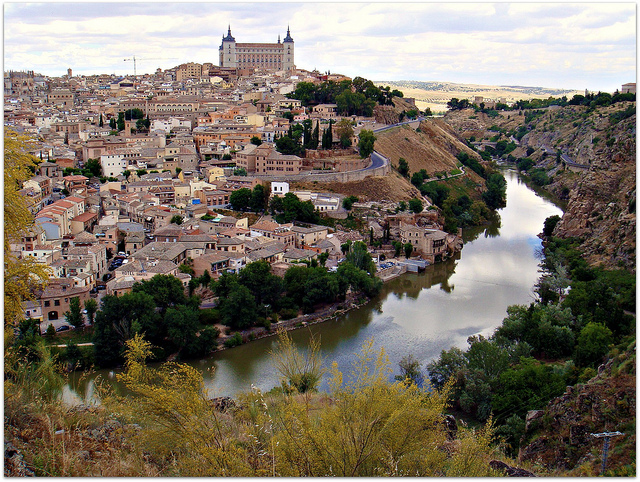 Spanish cuisine draws in around ten million international tourists every year who, besides our well-known Mediterranean diet, are searching for new and different culinary experiences. Toledo has been the birthplace and breeding ground of some of Spain’s best chefs, like Pepe Rodríguez (El Bohío, Illescas) Adolfo Muñoz (Restaurante Adolfo, Toledo), or Iván Cerdeño (El Carmen, Montesino). And they all have something in common: their eagerness to create new recipes and their passion for the art of cooking. It’s people like them that are able to reactivate anybody’s taste buds. If you fancy living in Toledo and writing a new chapter in history, go right ahead. You’ll feel just like the ingenious Don Quixote of La Mancha.

If 2016 marks Donosti’s turn to hold the title, in 2017 it will be passed on to the Cypriot town of Paphos, and on to Valletta (Malta’s capital) in 2018. And it is quite an achievement because no Spanish city had earned this designation since the year 2002, with Salamanca. And ten years earlier, in 1992, it was also awarded to Madrid. But it isn’t all that easy. Candidates fight hard to merit this achievement, exploiting their artistic side, and taking art exhibits, paintings, sculptures, music, theater, etc. out onto the streets. It’s such a delight to live in a place that takes great pride in culture.

Any city hosting the Olympic Games does a U-turn that takes it beyond a point of no return. A positive U-turn, that is. Sports facilities start to become part of the life of its citizens; the government creates new infrastructure; the city is modernized and the urban landscape changes; hundreds of thousands of jobs are generated; and per capita income increases, thus improving living conditions statewide. Barcelona is a good example of this, after its before and after moment back in 1992. Not only did it open up to the world, but it also implemented significant improvements that are still regarded as points of reference at an international level. The city becomes a stage that attracts millions and millions of people. And this is what is about to happen to Rio de Janeiro, which up to now was a point of reference for its carnival. This, without a doubt, must be a good time to move to Rio, known throughout Ibero-America as the Ciudad Maravillosa (the Wonderful City).