Are you ready? The RBS Six Nations 2013 is about to start, the tournament will see the national rugby team of England, Wales, France, Ireland, Scotland and Italy face off to win the trophy, possibly avoiding the wooden spoon, given to the team that comes last in the tournament. On February 2, Wales hosts Ireland in Cardiff, the next day it´s up to Italy, at the Stadio Olimpico in Rome against France. Just to remember that Wales is the current title holder, winning each of its matches played during the 2012 Championship, but England is one of team that can win the tournament this year. They will play against Scotland on February 2, with France on the 23 and on March 10 against Italy, all the internal matches will be played at the fantastic Twickenham Stadium in London, the home of England rugby. 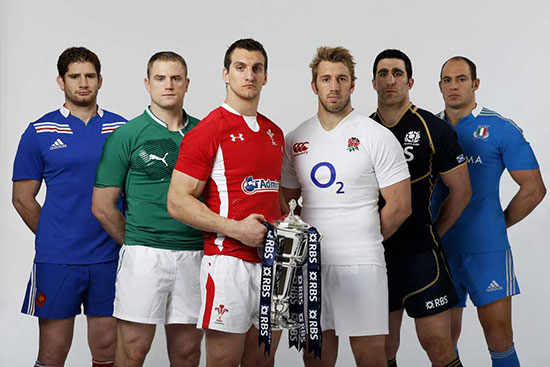 If you are a planning a game trip to this city don´t miss it please. With 82,000 spectators, Twickenham is one of the most important dedicated rugby stadiums in the world and has become an interesting destination for fans around the planet. People can experience the emotions of a game of course, but they have also a chance to know something more about the history of this place by the stadium tour, only one information: the first match was played here in 1909. With some help from the official guides imagine how many stories you can discover.

Unmissable is also the World Rugby Museum, you will find there a collection of over 25,000 memorabilia, including tickets, books, match programmes, and objects from other rugby unions. There are several learning programs and also special exhibitions such as “My Twickenham” created to present the life of the Stadium, from what goes on in the dressing room on a match day, to who turns off the lights. This museum hosts over 25,000 visitors every year, and you can be one of them. Anyway tickets for the games are affordable, these are the prices: Adult £15, Concessions (16 and under/students/60+) £9, Family Ticket (2 adults and up to 3 children) £45.00.

And remember; if you are a real rugby addicted don´t miss the Rugby Store and its largest selection of England Rugby apparel. Twickenham is also a very versatile place because the stadium opens its doors to music very often: The Rolling Stones, U2, R.E.M, Bon Jovi, they have all performed there. Twickenham stadium is very easy to find: it´s located approximately six miles from London Heathrow, 20 miles from London City Airport, 30 miles from London Gatwick and 40 miles from London Luton, in addition regular trains run to Twickenham station from Waterloo and Reading. There is also regular event-day shuttle bus service between Richmond and Twickenham stadium which departs from the A316 opposite the Pools on the Park. Buses 281, 267 and H22 all run regular services to the stadium. Tickets for the matches in London are available on Ticketmaster and are priced from 35£ to £70. Have good Six Nations in London.

If you´re planning a visit rent at Only apartments London , great apartments and cheap prices all around the city