Keep track of the Subway schedule

It is important for you to know a few things about the New York subway. It is certainly one of the best ways of commuting from one place to another, because you’ll save the time you would spend at the endless traffic jams that happens on the streets of NYC. Be aware that the subway has a different schedule during the weekends. Given the fact that the subway is one of the most popular ways of transportation in the city, it is difficult to run maintenance works during weekdays, because the city would just become chaos. That´s why it is during the weekends when such works will take place, of course, changing the regular schedule. To get to know all changes in the timetables, visit the MTA website. Also keep in mind that there are lines that do not work during the weekends, so make sure the line you want to use will be actually working. 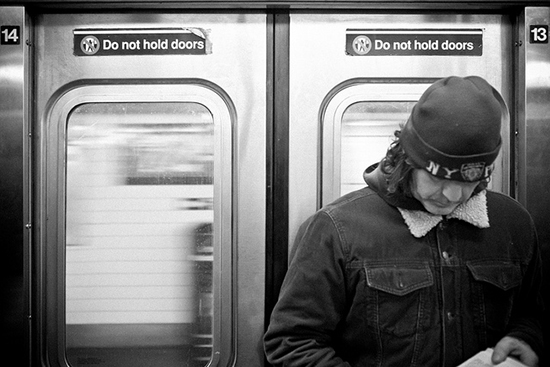 You should know that there are two types of subway, express and local. The difference is simple: the Express are faster, because they just stop at some specific stations. On the other hand, the Local are slower, because they stop at every single station. Make sure what kind of subway suits you best. On a different matter, be aware that the subway is not the place to be nice, do not hold the door for anyone, because by doing so, you’ll be annoying other passengers who are in a hurry to get somewhere. Finally, during the weekend subways, especially the express ones, come less frequently; keep that in mind too.

The first thing you have to know is that if you go to a restaurant or bar, either for a drink or to party, you’ll always be expected to leave a tip. In Europe, usually we tip at a bar by rounding the total of the bill and in a restaurant; we leave a tip depending on how good the food was. However, in the U.S. it´s different. Typically, you’re expected to leave 15% of the total bill, but in a restaurant you’ll want to leave a little more, otherwise they might think that you do not like the food. Waiters and waitresses in America have a lower salary than in Europe and their salaries depend mostly of tips. The good thing about this is that they’ll make an extra effort to make sure that you have a perfect meal.

In Europe, especially in the Mediterranean area, drinking tap water is not recommended, either because of its high levels of chlorine or its bad flavor. In New York you can drink tap water without fear of its quality. It tastes pretty much the same as bottled water. Save a few dollars by buying tap water.

If all this sounds complicated, don’t worry, even New Yorkers are occasionally confused by all this. Knowing these few things, you’ll be ready to go. This month is one of the best times to travel to New York because of Halloween. Be part of the American Halloween customs and enjoy your trip.