A Journey through Latin American Gastronomy

Central and South America are some of the areas with the greatest cultural diversity in the world. Not only do they boast a high concentration of natural wonders but also a rich gastronomy that, like their culture, is defined by a fusion of peoples, experiences, and tastes. Its colors lead us to explore this part of the world, which fascinates and dazzles with different traditional dishes among which we find African, Spanish, Italian, and Oriental influences.

We invite you to make your acquaintance with 6 different Latin American countries through your palate.

Peru is considered to be one of the culinary capitals of the world. One of the mandatory stops when arriving in Peru is tasting true Peruvian cuisine and savoring the diversity of its products. For many travelers, it is a real treat to experience tradition and the blend of cultures when trying its typical dishes. One of them is ceviche, considered part of the nation’s cultural heritage. It consists in raw fish seasoned with lemon, onion, salt, ají (Amarillo chili) and pepper. Its preparation is rather unique and many consider it to be an aphrodisiac. There’s a wide variety of ceviche, depending on the region and the type of seafood. Hence we can find fish ceviche, mixed ceviche (with fish and shellfish), black conch ceviche, octopus ceviche, etc. Such is the popularity of this dish that National Ceviche Day is celebrated on June 28th. 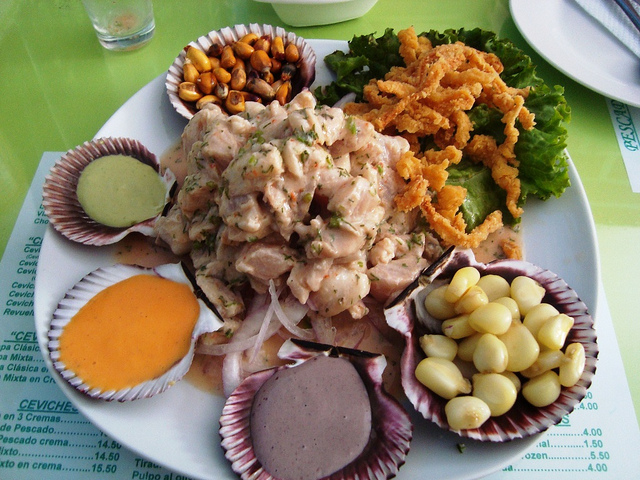 This country’s gastronomy reflects the nuances of a culture that is based on religious rituals, magic, and art. The flavors, aromas, and textures of Mexican cuisine surprise our senses, and more so when it comes to exotic products like worms, ants and chapulines (grasshoppers). It’s a true fusion of flavors. Among its most typical dishes are tacos, which we’ve all tried at some point: corn tortillas folded in half and filled with various types of meats, stews and seasoned veggies. A rolled up tortilla is in itself already considered a taco, and is commonly consumed by Mexicans in that form, as a side dish for soups and other foods. 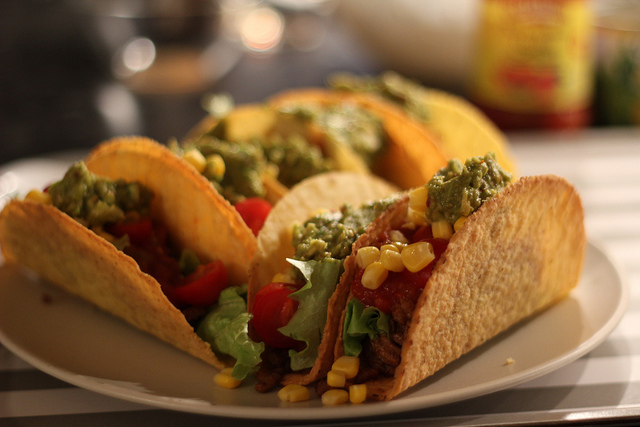 Colombia’s varied gastronomy arises from its diversity of flora and fauna. Fresh and natural products are thus the basis of Colombian cuisine. A good dose of local culture is then added to this natural richness to arrive at varied and colorful dishes that are bursting with flavor. Each of this country’s regions has its own typical dish, like for example, bandeja paisa from Antioquia. The main feature of the bandeja paisa dish is abundance. It comprises a lot of ingredients (up to 14!) like black beans, rice, minced meat, chorizo saussage, chicharrón (fried pork scratchings), fried eggs, plantain, arepa, avocado, tomato slices and others. 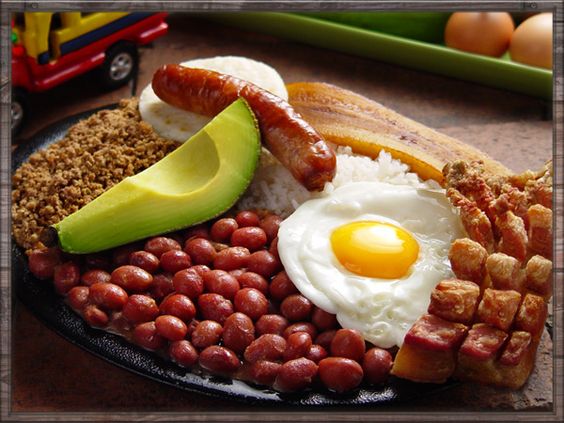 One of the first things that come to mind when we think of Argentina is, without a doubt, its asado, one of the best-known Argentinian dishes. It is a barbeque in which various cuts of meat are flame-grilled. During the cooking of an asado, the person in charge of the cooking is called asador or parrillero, and must take into account a number of factors concerning the meat, such as the cut, how to salt it, doneness, the type of grill used, etc. Any kind of event or celebration in this country always goes hand in hand with a good asado.

It can also be said that one of the main features of Argentinian cuisine is its Italian and Spanish gastronomic influences. 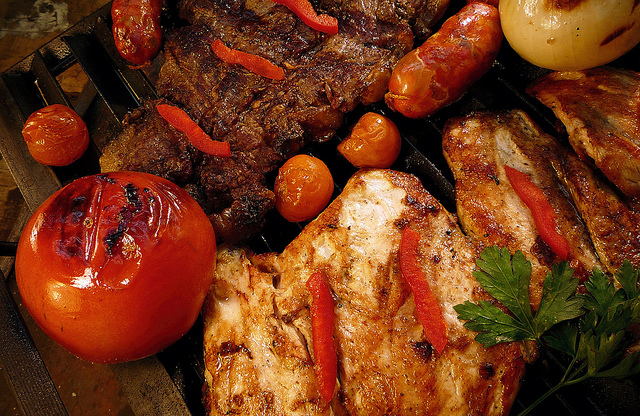 Exploring Venezuelan gastronomy is delving into a world of unforgettable flavors, colors, and aromas. It is characterized for being both tropical and Andean. From among its most typical plates we can highlight the pabellón criollo, consisting of boiled white rice, pulled meat, refried black beans (stewed and then refried with butter or oil), fried egg, and slices of fried plantain.

Back in the day, this dish used to be called pabellón nacional, in a nod to the four Venezuelan cultures represented in it: the rice symbolizing the white European peoples; the beans symbolizing African slaves, and the meat and plantain symbolizing the native indigenous peoples.

Brazilian gastronomy carries the distinct trademark of the Portuguese conquistadors who, with various new ingredients, added a different personality and touch to the country’s dishes. The sheer immensity of the territory accounts for different culinary traditions depending on the region. The quintessential national dish is the feijoada. It is made with black beans combined with smoked or salted meats, normally pork. It is then served with cassava flour, fried plantain, shredded kale, rice, and oranges.

A fun fact about this dish is that it is traditionally served on Wednesdays and Saturdays, so those are the days to savor a good feijoada in most restaurants. 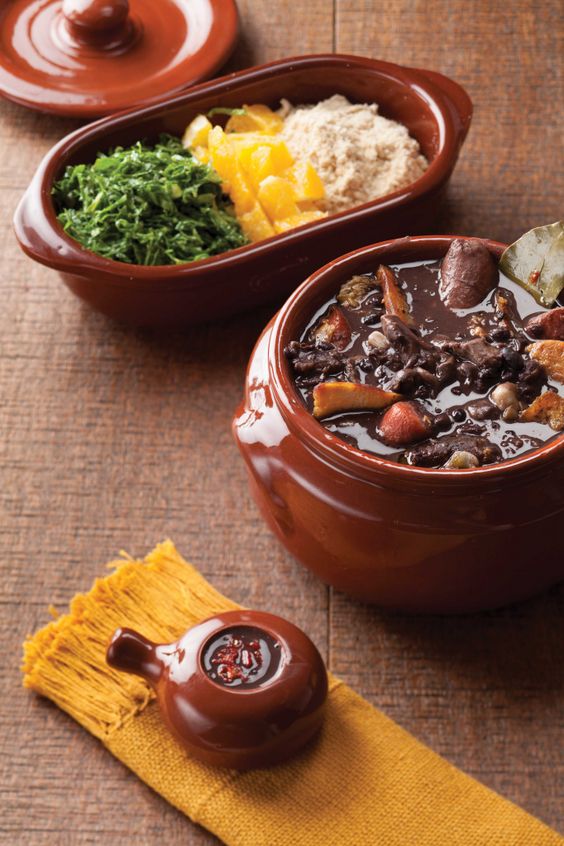