Pride Parades for the LGBT community (lesbian, gay, bisexual and transsexual) are held annually around June 28th, commemorating the date of the 1969 Stonewall riots, a key moment that marked the start of this social movement. Pride parades are public events celebrating tolerance and equality for gays, lesbians, bisexuals and transsexuals. When the 28th falls on a Sunday, the parade is usually scheduled for the previous or following Saturday, as is the case of cities like Berlin and London that will celebrate their Pride parades on June 27th; or cities like Madrid, where the celebrations won’t begin until July 1st through 5th.

Gay pride is a multi-ethnical and cultural celebration open to everyone; an accurate reflection of the diversity of our modern-day society. Are you ready to partake in one of the biggest events of the year? 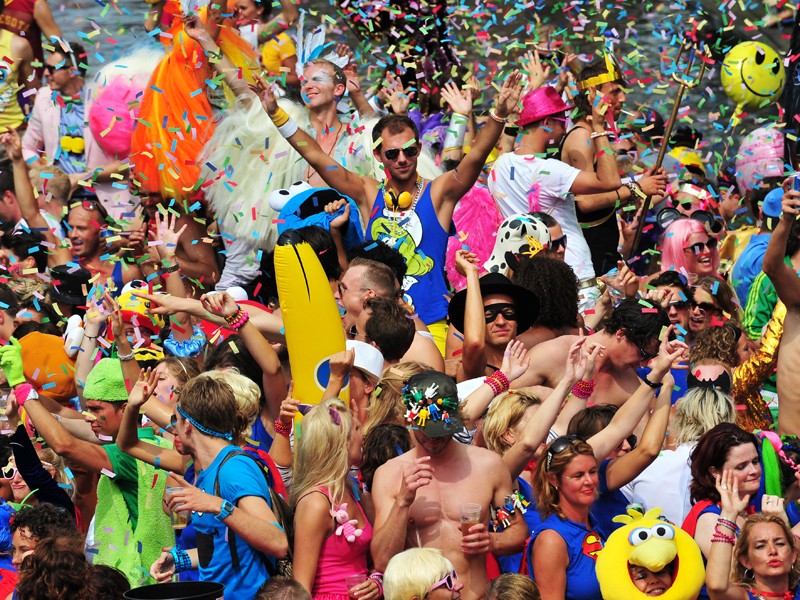 Over 500 businesses in Madrid cater to LGTB audiences, making Madrid Pride (held the first Saturday in July) one of the largest in Europe. It was awarded MTV’s Best Annual Gay Destination Event in 2009 and in 2010.

The party kicks off at 6:30pm on July 4th, with several musical performances in Plaza de Colón, among them many acclaimed DJs, and then the parade itself. Good vibes in the Spanish capital, all doused with activism and music, making it the perfect combination for a party that will live long in your memory.

But a little rest is always welcome after an partying. Discover our Madrid apartments and live this fiesta like a true local.

London’s Gay Pride, to be held on June 27th, is the biggest one in Europe, drawing in about 100,000 visitors every year, among them protestors, sympathizers, and families.

London’s Gay Pride is one of the liveliest events in the English capital. The parade starts off at Baker Street and moves down Oxford Street and Regent Street, ending up at Trafalgar Square. Thousands of dancers, singers, and rollerbladers join in every year. And for those of you with unswerving stamina, the party rages on in Soho after the parade.

Have a look at our London apartments to make the most of London’s Gay Pride while feeling right at home.

One of the top gay-friendly cities in the world, Berlin celebrates Gay Pride with an unrivaled parade through its streets, on June 27th. Christopher Street Day, as it is known in the German capital, has been celebrated for over 30 years now.

The party takes over the Schöneberg neighborhood and marches down to the Brandenburg Gate, where rainbow-flag-wielding sympathizers dance to the beat of the music that reaches every part of town. The Berlin Parade takes on epic proportions, an event you have to witness at least once in your lifetime.

Don’t want to miss out on Berlin Pride? We can’t blame you. Discover our Berlin apartments and experience it from the vantage point of a local.

The March , New York’s Gay Pride, is probably one of the best-liked events in the city. The parade marches down Fifth Avenue and ends up at Greenwich Village. This year’s March will start around noon and include over 50 floats. It also passes through Stonewall, where the 1969 riots took place.

And don’t forget PrideFest near Hudson Street, with outdoor concerts and other activities. If you like music and you are over 21, you can join the Dance on the Pier party that brings together many well-known DJs.

And if you are running on low, recharge your batteries at one of our New York apartments before getting back to the Rooftops of the Big Apple.