Madrid is a city that has ideal locations for a movie and has been used repeatedly to shoot internationally famous Hollywood movies. For you to pay attention at each corner or place the movie stars have stepped in, we´ll tell you what movies were shot in this city. 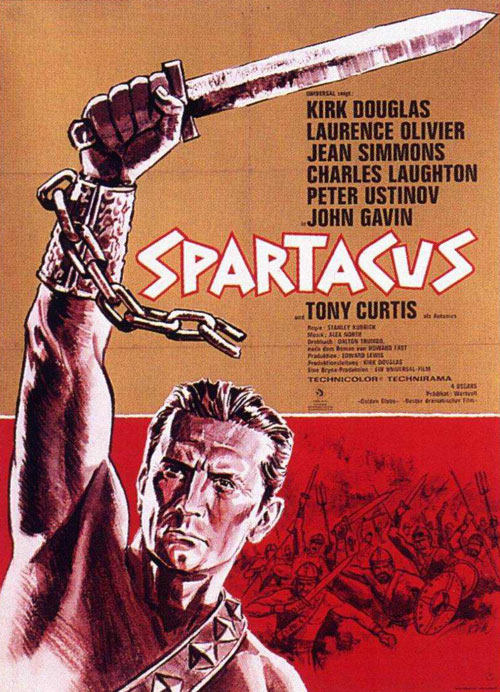 At la Puerta de Alcala, some scenes from the film Spartacus by Stanley Kubrick, produced in 1960 and starring Kirk Douglas, Laurence Olivier, John Gavin, Jean Simmons and Tony Curtis were recorded. The film was about the rebel and humanist slave who embodied the handsome and stalwart Douglas. This film won four Oscars and remained in theaters for long.

Doctor Zhivago was a film adaptation of the novel written by Boris Pasternak in 1965. Directed by David Lean and starring Omar Sharif, Julie Christie and Geraldine Chaplin. It was recorded mainly in Madrid, though is set in Moscow. The film’s scenes, which are supposedly in Moscow, were recorded on Silvano Street, close to Canillas cemetery, which in those days was an empty lot, in which 20 million square feet of scenery that recreated the Russian capital were built, including trams provided by the Municipal Transport Company. Another area where scenes were filmed was the Delicias station. There is a humorous story that describes a scene when the Bolsheviks marched chanting through the streets of Madrid and many locals who didn’t know that a movie was being filmed, thought that Franco had overthrown and went to the streets to celebrate, so the general ordered the secret police to watch the filming. The writer Slavoj Zizek mentions this fun political mistake in his book Who said totalitarianism. The film was a great success and remained in theaters for four years.

The Fall of the Roman Empire (1964), is another major Hollywood production that draws epic and romance. It stared Sophia Loren, Stephen Boyd and Alec Guinness and was filmed in Madrid.

55 Days in Beijing was filmed in Madrid and more than 500 Spanish extras were hired for this production, although the film was set in China in 1900, when a nationalist revolution was produced to expel the foreign colonialism that had divided the Chinese territory.

Charlton Heston stared a mariner who falls for a Russian baroness, played by Ava Gardner, in the heat of the resistance against Chinese encirclement in the embassy area in Beijing. This film belongs to the Hollywood blockbusters that were made during the 60´s, with large budgets, many well-paid artists, costumes and big stars value. All these films were still in theaters for years to recoup the huge investments.

Enjoy a movie holiday in apartments in Madrid and forget about the crisis for a few days. You can then face the future with more clarity.