If you´re from Barcelona, you´ll already know that New Year´s Eve is usually spent with family or friends. Afterwards, it´s time to head to the bars and clubs, and there are all sorts of them in the city. If you were thinking of spending New Year´s Eve in the Catalan capital, you might want to choose your plan in advance, since you probably won´t find a restaurant where to eat without a booking, since those restaurants that don´t do special NYE dinners will be closed. So read carefully and choose which is your style to know what to expect. 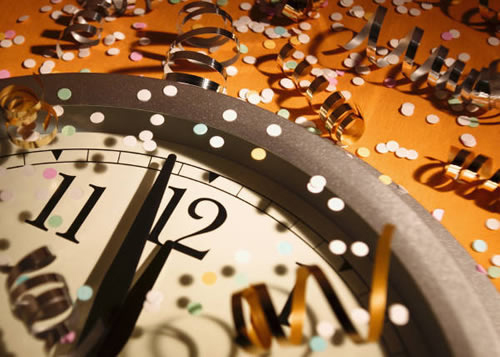 Barcelona embraces the gay-friendly places like no other city in Spain. You have many partying options if you´re looking for this type of environment. Bar-wise, take note: El Cangrejo Raval, possibly the most bizarre, kitsch and fun place in the city, with drag queens putting on a cabaret show and music that will make you laugh. There´s also this bar in the Eixample district, the gay district par excellence in Barcelona, and it´s on Villarroel 84.

In the same part of town there´s Sweet Café (Casanova 75), a perfect place for early drinks that will accommodate everyone. Nearby is Punto Barcelona (Muntaner 63-65) and this is definitely the pre-club bar since for every drink you have here, you´ll get a ticket for one of the five Arena clubs. Just like Arena is for guys, Aire is for girls.

For the most stylish ones

If you want to start the new by the sea, surrounded by beautiful people, glamour, elegance and exclusive DJs, perhaps you´d like to check out this website; here you can buy tickets for the NYE parties in the most exclusive clubs in the city, such as Opium, CDLC or Sotavento Beach Club by the sea or Nick Havanna further up town.

Careful! Don´t go there in jeans or trainers or, if you´re a girl, turn up in something that´s not a skirt or a dress, since there´s a strict dress code and inadequate clothes can spoil your evening, even if you´ve got a ticket.

For the alternative ones

If you don´t like posh stuff and you´d like to get to know the true atmosphere in Barcelona for NYE, go with your friends, partner or alone towards Plaça Reial. There you got plenty of bars that are open even longer on this night so you don´t leave wanting more. Clubs like Sidecar (rock, indie, pop), Jamboree (R&B, soul, funk, hip-hop) or Karma (rock, pop, classic rock and pop, especially good for over 35s or if Sidecar is full) are all good choices. If you go down the streets, you´ll find Marula Café on Escudellers 9, that will play mostly soul, funk and R&B. Next to one of the square´s exit, heading towards Escudellers is Café Royal, where there´ll probably be a concert before the session that will bring the old acid jazz sounds.

Lastly, if none of these options have convinced you and you´d like to go for a sure hit, go to Sala Apolo (Metro Paral·lel). It has two rooms, one of pop, rock, indie and chart music for you to dance without inhibitions and the other bigger one plays techno and electro, so you can change romos and enjoy both genres. However, if you get there after 3am you won´t be able to get in since there´ll be a huge queue that will kill your buzz, so it´s best to get there early.

Remember that an alternative to spend a load of money on a NYE menu in a restaurant is to prepare dinner with good company in one of our Barcelona apartments .