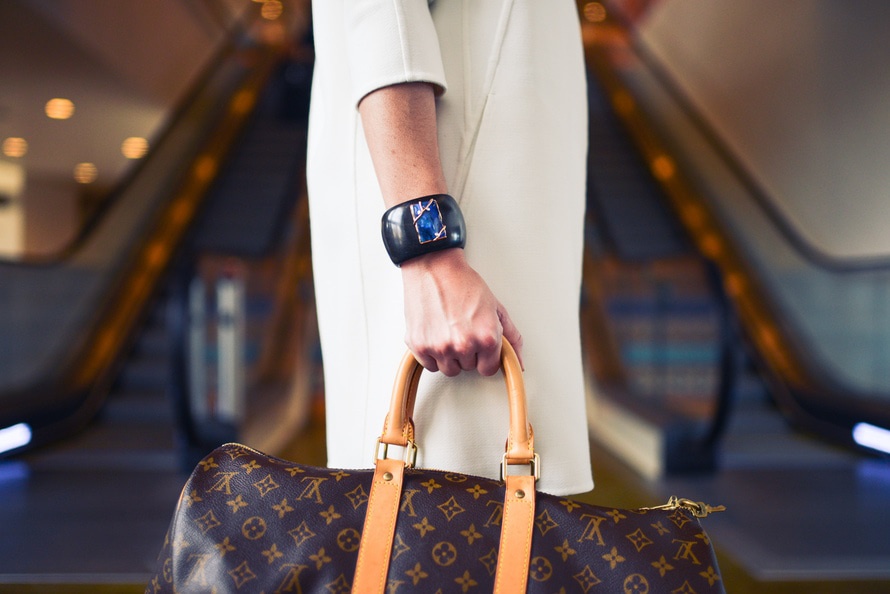 Milan: City of Fashion and Shopping

Besides being one of the favorite backdrops to some of the most important shows and catwalks, Milan boasts an inexhaustible supply of shops selling clothing, cosmetics, and accessories that will have fashion addicts going crazy. 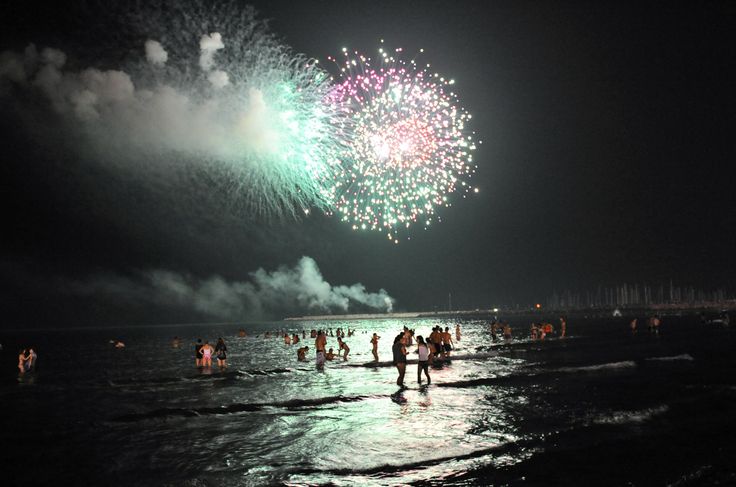 August 15th, the feast of the Assumption of Mary, tends to be a festivity across most European countries. But in Italy it’s a lot more than that. For Italians, August 15th marks the start of what is known as the Ferragosto, a celebration with years of tradition that combines the best of all summer festivities: music, food, outdoor activities, fireworks and much, much more. On the night of the 14th you’ll find bonfires on most beaches, groups of friends singing and waiting for the clock to strike midnight to go for a dip in the sea, fireworks that reflect on the surface of the water… and so, it’s inevitable to stay up until well into the am hours. The following day, Italian families share a big meal together, full of the traditional specialties of their local cuisine. One of the most typical recipes with a very long tradition in the area of Tuscany is roasted pigeon, and in the area of the Appennino Tosco-Emiliano they prepare aniseed flavored sweets known as ciambelle. In fact, each city across bella Italia preserves its own traditions and events… so let’s explore some of them together! Milan Milan offers countless options when it comes to celebrating the Ferragosto. Starting with the night of the 14th, on the eve of the day, it’s customary to head to Sempione Park, where various types of events are usually held, and then on to Piazza Cannone, where many of the museums open their doors all night so we can admire their treasures. From the Archeological Museum to the Gallery of Modern Art, including museums of the likes...

Happy hour: The Route of the Milanese Aperitif

The city of Milan is the birthplace of the aperitif par excellence. This social event that is a point of pride for Italians has now been exported to countless parts of the world. But when we talk about the Milanese aperitif, we are not talking about having a little bite before lunch, but before dinner. And that is why every evening, most of Milan’s bars offer their so-called happy hour, where you can eat to your heart’s content and only pay for drinks. It doesn’t sound too painful, does it? Milanese aperitif hour starts at 6pm, and it can stretch out until dinner time.

Alternative Plans to the Milan Expo

Milan is not just any city. The Italian capital of fashion is a glowing city with a well-defined personality, and now also host to one of the most international events, the 2015 EXPO. But Milan is a lot more than that, and here is proof. Are you ready to delve into the mysteries of this Italian city? Beyond the Duomo The Milan Cathedral is the city’s most emblematic monument, and not just because it was seen around the world when a small Duomo replica hit Silvio Berlusconi’s face in 2009. This impressive cathedral reigns sovereign at the very heart of the city, and from the panoramic terrace of its rooftop, one gets the feeling the world is at his feet. Don’t miss out on it! If after the mandatory visit to Milan Cathedral you start feeling hungry, we have just the thing: panzerotti Luini. A few steps away from the heart of Milan you’ll be able to taste this excellent Italian recipe consisting of flour dough stuffed with tomato sauce, mozzarella, and even ham and spinach. Panzerotti Luini are delicious and absolutely affordable! The epicenter of the fashion industry, Corso Vittorio Emanuele II, Via della Spiga, Via Montenapoleone…, is also conveniently located right around Milan Cathedral. But if you can’t afford the prices, worry not. At Kilo Fascion you’ll find designer brands from previous seasons sold by weight! This peculiar outlet, located right by San Babila prices items by weight, independently of the brand name, and so bargains abound. All things said, be ready to make your way through piles of clothes in your search for treasure. If you don’t want... 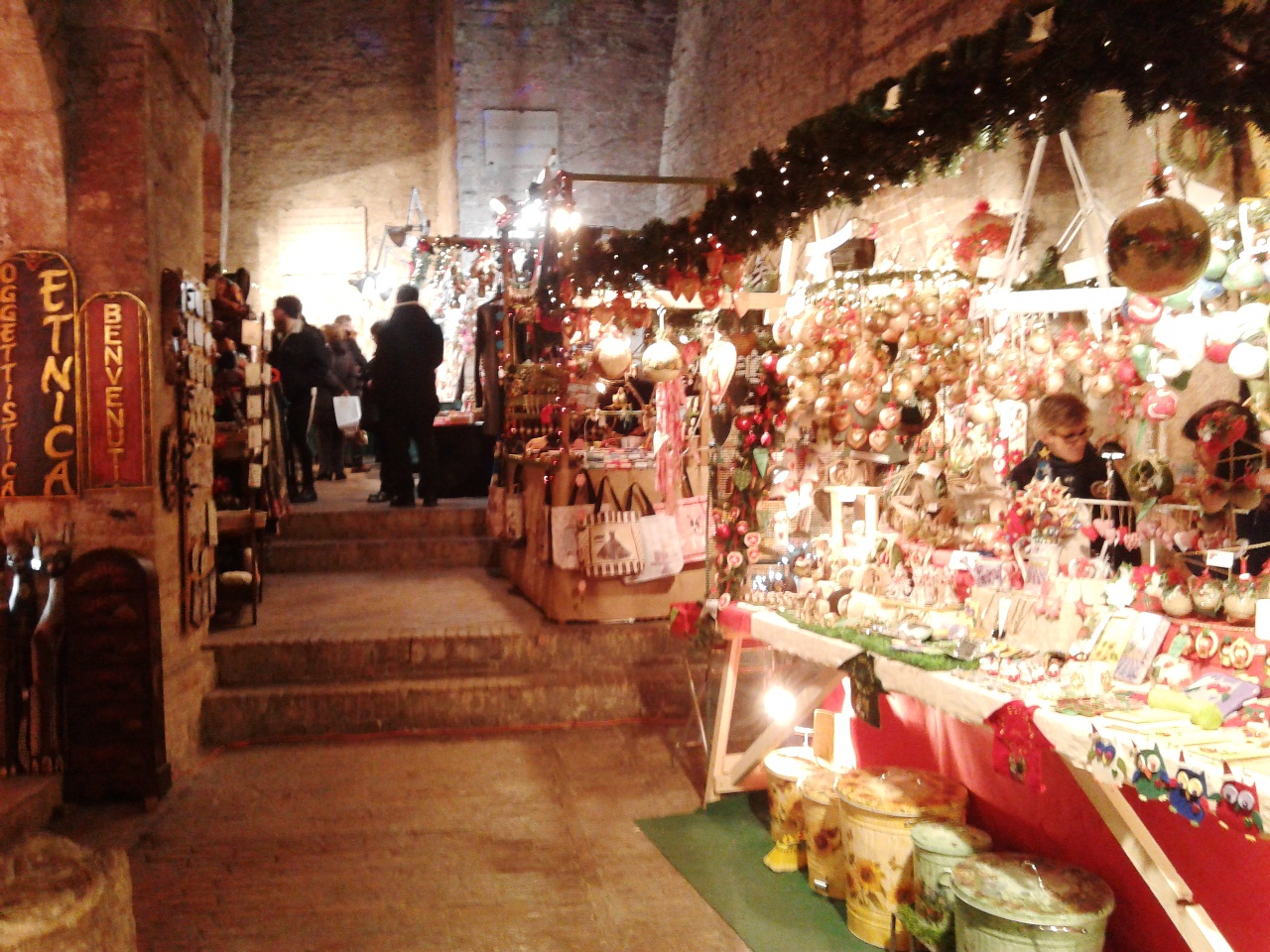 Here you can read about five Christmas markets in Italy that will color your holidays green and red. 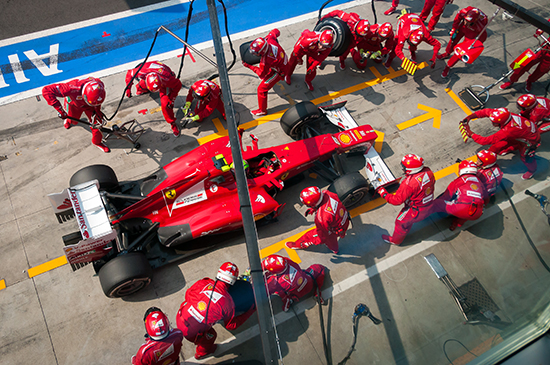 The beautiful city of Monza hosts every year the magnificent Italian Grand Prix, one of the oldest circuits in the formula 1. Famous for being one of the fastest and most dangerous in the world, the Monza circuit is part of Formula 1 since its inauguration in 1950 and, along with the British Grand Prix, attracts the most viewers from all around the world. Foto: Francesco Crippa Since its opening, the Monza circuit has been remodeled seven times. In this exciting Italian circuit, Formula 1 fans have been able to witness some of the best races of all time, as well as some of the most disastrous accidents seen in the sport of auto racing. Monza is a circuit known for its long straights and bends, where it is always possible to watch exciting races difficult to match anywhere else in the world. The total circuit length is 5793 km and there are 53 laps, which make a race of 307029 km to enjoy. The Italian Grand Prix is a circuit of great significance to the pilot Fernando Alonso, since it was there where he got his first pole position with Ferrari in 2010. Among the drivers competing for the world championship, only 3 have managed to win the Monza circuit: Sebastian Vettel (twice) Fernando Alonso (twice) and Lewis Hamilton (1 time). Last season, the British driver Lewis Hamilton showed the best of his abilities in the Italian Grand Prix, by winning the first place in Monza. Lewis led the race from start to finish, while defeating the favorites pilots Sergio Perez and Fernando Alonso. The German Sebastian Vettel, the Spanish Fernando... 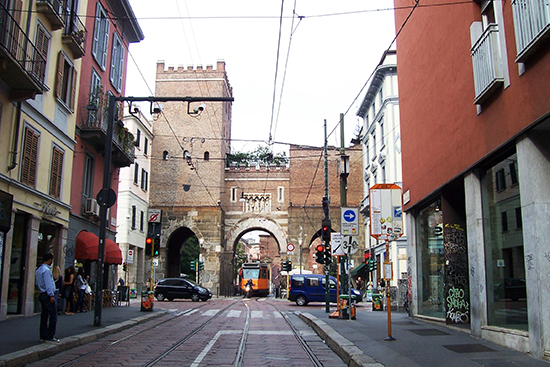 Shopping in Milan at Porta Ticinese

Why not go around Corso Porta Ticinese to window shop and to treat yourself?

Her name is Annamaria Lamanna and she´s a personal shopper that knows all the fashion and designer shops in Milan to perfection. Also for gifts.

MotoTouring is a motorbike rental company in Milan. With this vehicle you can move around the city without worrying about traffic.

At Milano 24 ore they offer guided tours around the most important landmarks in Milan, during the day and night.