If you count yourself among those who never travel without a lucky charm, always avoid row 13 on planes or buses, or cross themselves whenever they leave and get back home… congratulations, you are superstitious! Relax, it’s all good, these omens are just passed down the generations, and they persevere through time. 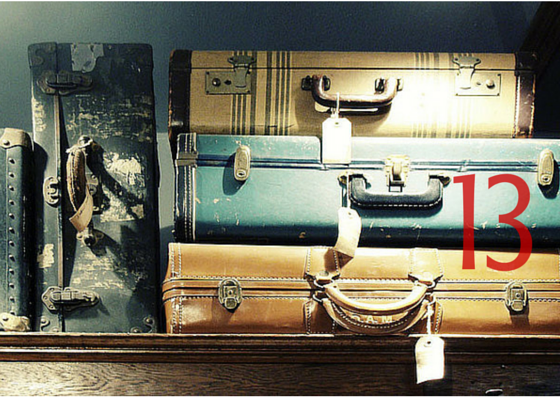 Where did our apprehension and fear of number 13 originate? This is without a doubt the most widely-held superstition, and a fear of number 13 is diagnosed as “Triskaidekaphobia”. I, myself try to avoid the number whenever possible. And yet, we sometimes hold fears, and we don’t know where they stem from. Well, some say in the case of number 13, it has to do with Jesus’ Last Supper. The last one to sit at the table was Judas Iscariot, the 13th guest, who went on to betray Jesus.

Some travel superstitions are so well-woven into our society that certain airlines have removed entire rows of seats from their aircraft (such is the case of Continental Airlines, KLM, or Air France), and many hotels have no room numbers ending in 13. Airports like Seoul’s Incheon International (in South Korea) have also opted for renaming gate 13, in case anyone might take offense. But there’s more… the past few years have seen world air-traffic decrease notably on the 13th of each month. Not to mention Friday the 13th, the alleged date of Jesus’ crucifixion. And coming back to historical anecdotes, even Napoleon Bonaparte or President Roosevelt refused to sign important documents whenever the 13th of the month fell on a Friday.

And all 13s aside, here are some rituals for good luck and some bad luck omens when it comes to traveling:

All these superstitions are still practiced nowadays, and you are free to believe them or not. Just don’t let any of them ruin your trip.