Traveling by Train Today and Forever 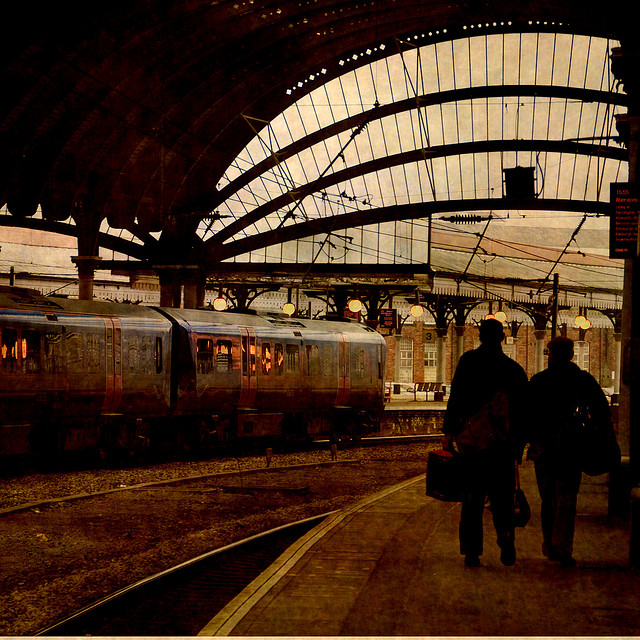 Rail travel has changed a lot since the railways were first invented. The landscapes are not what they used to be, but one thing that hasn’t change is the feeling one has when traveling in a cabin and waking up in a different place. There are experiences that one should have, and train travel is one of them. Here’s what I suggest: Jungfrau cogwheel train in Switzerland, the Train to the Clouds in Argentina and, of course, the famous, antique Orient Express.

Train to the Clouds, Salta (Northern Argentina): If you’re seeking an ultimate experience, you need to climb aboard this Argentine train which reaches heights of 4,200 meters, while traveling through the breathtaking and endless Andes mountains. Northern Argentina is spectacular, and although it might be less explored than the center and the south of the country, it’s no less attractive. I would even go so far to as to say that it’s more authentic. This train known as the Train to the Clouds literally travels through clouds and even above them, making it one of the highest railways in the world. It covers a distance more than 200 miles in about 16 hours, from the city of Salta to the famous viaduct La Polvorilla, which is the highest point on the line and the best spot for a photo.

The luxury of traveling on the Orient Express (Walk through Europe): This is one of the oldest on record in the history of railways. It was created in 1883, but its usage was interrupted during World War I until it returned servicing the major European cities in 1918. Currently, the train’s capacity is at 252 people, and it has a total of 11 sleeping cars, a bar-car, and 3 very exclusive restaurants. The price is about € 2,000 per head in a double cabin and an additional 500 euros to travel in a suite. Luxury pure. Tours: Paris – Venice – Florence – Rome, London – Paris – Venice, Venice – Prague – Paris – London, Paris-Budapest – Bucharest – Istanbul and one more, Paris – Istanbul – Bucharest – Budapest – Vienna – Venice. They offer something for everyone. It’s a train straight out a fiction novel, by which I’m referring, of course, to the works of Agatha Christie.

Jungfrau cogwheel train (ascend to the highest peak in Switzerland): This is the highest train in Europe and the highest cogwheel train in the world. The Jungfrau is the highest peak in Switzerland and the Aletch (which is also there) is the longest glacier in Europe at some 24 kilometers long. This train travels more than 4,150 meters above sea level, and the views of Grindelwald Valley from up there are magnificent in summer or winter. Where can you catch it? You can board it at several stations: Wengen, Interlaken or Grindelwald. And while not as expensive as the Orient Express, it is also not cheap. It costs about € 120 per person and it takes two hours to reach the summit of the Jungfrau. Up top, at nearly 3,600 meters, you’ll find panoramic terrace and at 3,475 meters high, there’s the highest restaurant in the world and the Ice Palace. Of course, if you arrive there, it is advisable to hike a glacier path.