Vacationing in the Mountains

Beach or mountains? This post is only for those interested in the latter. For the adventurous, those traveling alone or with family, keep reading and I’ll tell you about several possible destinations: Take a walk on the highest peak in Switzerland, the Jungfrau, then climb the world´s highest cog railway up to Aletsch, the longest glacier of Europe. And from there we will take a leap to Italy. That’s where you’ll once again climb up, this time it’s Mount Vesuvius in Naples overlooking Herculaneum and Pompeii (the petrified city). 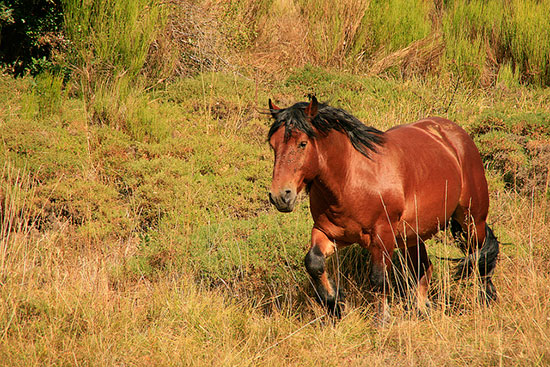 Ascend the Jungfrau, Interlaken (Switzerland): The easiest way to get there (if you’re not an experienced climber) is by taking the train that goes to Grindelwald, Wengen and Interlaken, to the south of the Canton of Bern. Is the highest train in the world (4,000 meters high) and one of the world´s oldest still running, since this attractive railway line just turned the century mark. Tickets cost 120 euros. And while this is certainly not cheap, it’s really worth it. The trip takes 2 hours tour and includes stops to see the Alps from different perspectives. And the best part about going there is that you can ski in any season because there´s always snow. Of course, you should go up on a sunny, because it can be very cold and windy up there. And of course, your pictures will turn out better without fog. The most impressive view you can capture is that of the Great Aletsch Glacier, which measures no more and no less than 24 kilometers long and has an area of about 120 square kilometers. This ancient glacier reaches the town of Grindelwald. If you have time, there’s a large selection of excursions to choose from, including flying over the area in a helicopter. If you are really seeking adventure, you can ski year round.

The views from the top of the Jungfrau, at 4,158 meters high, are amazing. It’s like looking down from the heavens, as if you were floating above the clouds. But of course, you’re actually in the middle of the Alps. At the end of the day, you can also dine at the highest restaurant in the world, at 3475 meters, with views that are breathtaking. It’s priceless. From there you will also see the Great Aletsch Glacier.

Adventure in Mount Vesuvius, Naples (Italy): In the year 79 AD Mount Vesuvius literally began to boil and did not stop until it had buried two towns in southern Italy, which are now among the most visited ruins in Italy: Herculaneum and Pompeii. Everything stood still after being covered in lava, and unfortunately many people weren’t able to escape and died. But don’t worry, there’s no need to be afraid of the volcano. In fact, climbing Mount Vesuvius (1,300 meters) is relatively easy. You don’t need to be an expert to do it either. From above, you’ll have great views of the crater and towards the Bay of Naples. If you’re family isn’t up for the climb on foot, you can also cover some 800 meters from the crater in a bus with a guide from the National Park of Vesuvius, which has also been named a Biosphere Reserve by UNESCO.

Looking for apartments in Naples? Reserve yours today, from 32€/day!