If we had to choose a pop-dream representative band, we wouldn’t hesitate in choosing the American band Beach House. The members of this well-known duo are Victoria Legrand and Alex Scally. Victoria is responsible for the voice and keyboards and Alex plays the guitar.

Formed in 2004, their self-titled debut album, Beach House, was released in 2006 through Carpark Records and immediately became a huge success among both, the critics and those who later became their fans.

With their original style, this American duo was able to captivate indie music fans.

Their second album; Devotion, which was also released through Carpark Records in 2008, reached even more success than their debut album. 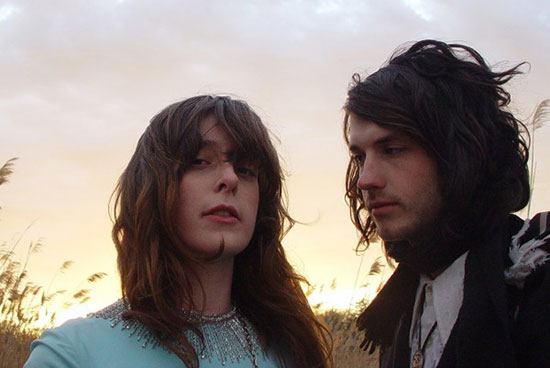 In 2010, their third album Teen Dream was released on Sub Pop Records. This album led them to a great rise that we all have witnessed.

Their fourth album, Bloom, was released in 2012 through Sub Pop Records, with which they are currently on a world tour that will take them to Barcelona.

Beach house plays dream pop music, which is a style famous for having slow rhythms and original lyrics. Victoria Legrand´s voice has been compared to the unforgettable Nico’s voice. Comparisons aside, her voice is simply great. By listening to Beach house’s music we can easily perceive the influence of This Mortal Coil, Big Star, Galaxie 500, Brian Wilson, The Zombies, Neil Young and Françoise Hardy among many others.

Undoubtedly the charismatic voice of Victoria Legrand, accompanied with the keyboards and guitars, is a musical experience that no one can resist.

The Baltimore’s band will perform a live concert on the 13th of March at Apolo Barcelona (Nou de la Rambla 113). The concert tickets cost 27 Euro. This is a unique opportunity to enjoy Beach House greatest hits like: Lazuli, The Dream, Myth or Lover of Mine among others.

According to the band, after releasing Bloom, they have decided to participate only in promotional activities, which are artistically controllable and provide them with substantial energy. Despite being a band uses the Internet as one of the most important promotional tools, they try to distance themselves from it as it often does not allow us to perceive the nuances they want to highlight in their music.

Beach House is a band that has performed many concerts, but it seems that their words now seek an introspective journey that hopefully will not take them away from live concerts. Finally I find it important to highlight that Beach House has played alongside with Portishead at All Tomorrow´s Parties festival in 2011 at London´s Alexandra Palace.