Rammstein, Made in Germany in Barcelona

Rammstein is a German band that has conquered the world of Industrial Metal music and never fail to seduce their audience with their amazing productions and of course, their powerful music, which is known all over the world. So much so, that since 2011 they have been on an impressive world tour, while performing the huge amount of hits they have played during their successful career. 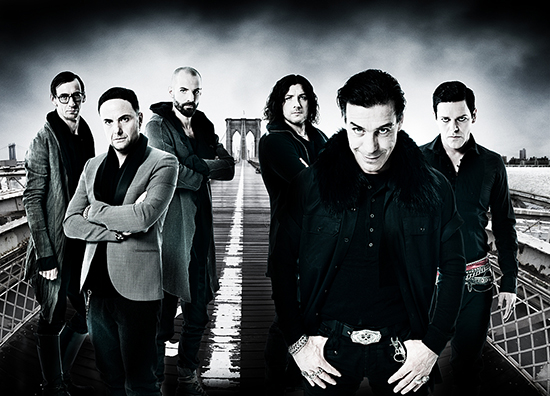 The band was founded in 1994, but its beginnings start a little further back, along with the reunification of Germany. All members of Rammstein were already making music in independent projects; when the German reunification took place, all except one of the members, lived in the former East Germany, or GDR, from where they fled, at an early age, in order to be able to make their musical projects in West Germany. After the reunification, fate brought them together in the musical circuit, which, led some members to even live together, Blessed destiny!  Then the story is which we all know, the Rammstein project was born within the Neue Deutsche Härt, with the signature sound that led them to world fame.

Rammstein is perhaps the most successful German band in history, as well as the fastest band in obtaining worldwide success. Their time performance as openers only lasted for just a couple of concerts, after which the filmmaker Gert Hof joined them, who lit up by the power of this musicians took over the live shows, we owe him all the impressive lighting performances the band assemblies.

In 1997 their second album Sehnsucht was released, while reaching worldwide fame. This is the album that contains two of their biggest hits “Du Hast” and “Engel”. After their debut album they have released seven more, the latest of these is the first compilation of hits that they have and with witch they have been on turning since November 2011.

Made in Germany is the name of their last album released in December 2011 and, according to critics and concertgoers of the tour, it is the most spectacular show that the band has made in all its history, and we know that it´s hard to imagine, because they are well known for their great performances.

One of the destinations of this tour is Barcelona, which is a city that the band have not visited since 2010, when they performed concerts in the cities of Madrid, Bilbao and the capital of Catalonia. This time, the concert will take place in a much more appropriate venue for this kind of events: Palau Sant Jordi. The long awaited return by Barcelona’s fans is the 14th of April, tickets are already on sale and I imagine that they won’t last long, so I recommend you get them in Fnac or at Ticketmaster right now.

This is a show that comes full of surprises and with all the hits of the German band, which will be performed for your delight in Barcelona.

We have the best accommodation in Barcelona apartments , so you can spend unforgettable days at Rammstein’s concert. I can’t think of a better activity to start a hot spring.