Keane concert at Razzmatazz in Barcelona

Keane, one of the most successful British band of the recent decades is on tour in Spain in October. The lucky cities that will be fortunate to have them live will Pamplona, Madrid and Barcelona, which will have them perform three concerts starring the new  just released in May  album, “Strangenland”, a work that includes more guitars and gives the band a more rock sound to them. 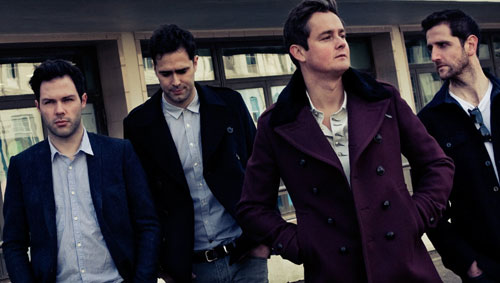 Keane´s history dates back to 1995, when Tim Rice-Oxley gets together with some college friends to form a cover band. This first step was the starting point for this band, a band with the most sales and more number ones in the UK music charts in the recent UK music history. The band´s name comes from a sort of tribute to Tim´s mothers friend, Cherry Keane, who was a big musical influence for hiim.

As many other English bands, Keane started playing in London Pubs. In 1999, after a year playing in various bars and clubs , Keane recorded their first single, which was sold on a small scale as they had no record label at the time. It was not until 2001, after recording two EPs n and selling limited CD copies -disks that are worth a fortune today and are considered as items of worship- that the band finally signed with a serious label.  BMG was their first multi national record company , which was in charge of the tremendous success of the single “Everybody´s Changes” 2003. The new and current band´s label is Record Islands.

With four studio albums, the band arrives in Barcelona on October 24. The concert will be held at Razzmatazz at 21:00 hrs. The price is 26 euros in advance and 30 euros at the box office. A concert not to be missed.

An eagerly awaited concert by Keane fans and a chance to travel to Barcelona in Autumn .. it offers pleasant temperatures, it is less crowded than in summer and beaches are just for you. Rent apartments in Barcelona and enjoy the new Keane album in this beautiful city.