Though the Olympics 2016 are set in Rio this year, Brazil is in fact hosting a smaller but perhaps cooler event in 2015. The passionate country brings forth, for the very first time, the World´s First Indigenous Games – in Porto Nacional, Brazil. 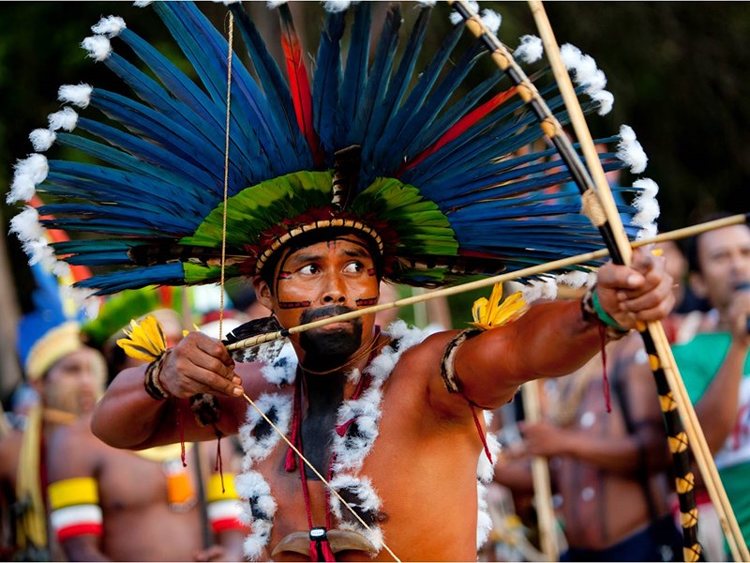 After the success of the 2014 FIFA World Cup, it became evident that Brazil now holds a strong position as a leading host for sporting popular events. With the launch of the first of its kind, Brazil are really pushing the boundaries to test new sporting limits. And we here, are behind you with full force! After all. Who doesn´t love a bit of sport? Especially when we are around for its legendary creation!

This event has been ongoing in Brazil for 10 years – first conceived in 1991 – however 2015 brings something new to the table; as this is the first year the event is open to athletes outside of Brazil. This multisport event will showcase over 2000 participating indigenous athletes across 30 countries. The indigenous community will come together from all over the country and from overseas, to enjoy the beauty and touristic values of the Palmas. Uniting all for this 3 day event.

Though the Americas are a steadfast approach to the games, delegations will also travel from Australia, Japan, Norway, Russia, China and the Philippines – with Brazil alone, consisting of 24 indigenous ethnicities taking part.

There will be a variety of sporting events to showcase talents and these range from western style competitions and Indigenous games. Such games would include the following:

And various other athletics.

The event is led by the ideal of “Em 2015, somos todos indigenas”, which simply translates to ´In 2015, we are all indigenous´ and is a project joint by Marcos Terena´s Intertribal Council (ITC), the Brazilian Ministry of Sport and the Municpality of Palmas.

The idea of this event is to combine indigenous ethnicities and showcase a range of cultures, during a sporting mega-event. Alongside, there will also be a festival with music, foods, dancing and activities to showcase cultural traditions and regions from around the world.