Fashion will once again take Barcelona by storm from February 2 to 5 at the hands of the 15th edition of 080 Barcelona Fashion. The city will become a walkway for the designs of 34 designers and internationally renowned brands such as Sita Murt, Custo Barcelona, Mango and Desigual. For the first time, the Maritime Museum-Drassanes (Pl. Portal de la Pau, 1) will serve as the stage for the newest trends for the 2015-2016 Fall-Winter season. 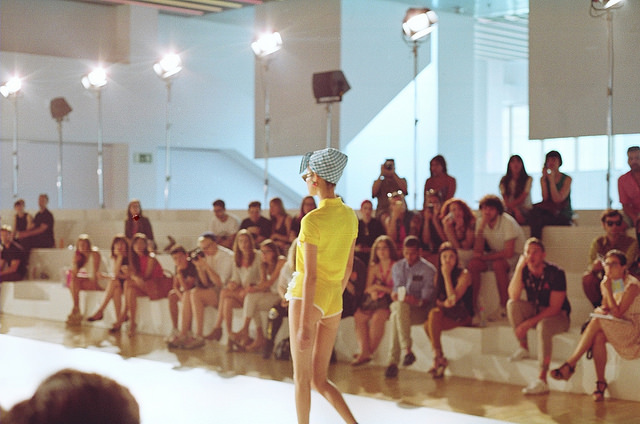 For the 15th edition of the 080 Barcelona, 34 models from 22 firms and 12 prestigious brands over the course of four intense days where fashion is the focus. Also this year fashion names like Paul Erroz, Who or Rita Row debut in the old Gaudí catwalk. Companies like Scorpion, Naulover, Yerse, Celia Vela, Justicia Ruano or Krizia Robustella will be there too. We will, however, greatly miss designer Sita Murt, who recently passed away due to illness, at the 080 Barcelona Fashion this year. A posthumous tribute will likely take place.

080 Barcelona Fashion will kick off with the collection of debut designer Paul Erroz on February 2 at 4 pm, followed by Celia Vela, Brain&Beast, and Mango. The second day will start at 10:30 am on February 3 with works by CND by Condor, although the most anticipated collections will not arrive until 7 pm with Sita Murt works followed by Desigual. February 4 will feature the Catalan designer Custo Dalmau, who will present his 2015-2016 Fall-Winter collection starting at 9 pm. Finally, the 15th edition of the 080 Barcelona Fashion will bid farewell to the city on February 5 with an intense day of shows, including those from Scorpion at 2 pm and Justicia Ruano, starting at 5:30 pm, whose works will close the catwalk this year.

If you’re interested in fashion, come to Barcelona and get ahead of the trends for the 2015-2016 Fall-Winter season.