Hungarian cuisine is up there with that of the rest of its European neighbors. Goulash is its star dish, just like paella in Spain, or pasta in Italy. However, Hungarian gastronomy goes far beyond goulash. Its recipes are very varied and (even if Hungarians don’t always like to admit it) show great Austrian, Italian, French, and Slovak influences. Besides the popular goulash, you can’t leave Budapest without trying pörkölt (a very typical meat stew), halászlé (a fish soup), libamáj (a dish made with goose liver), or strudel (a type of rolled up pastry with a fruit and cheese filling). And of course, everything contains paprika (Hungarian paprika). They just love it. In this post we’ll find out what restaurants are most popular with travelers:  Budapest’s essential restaurants. 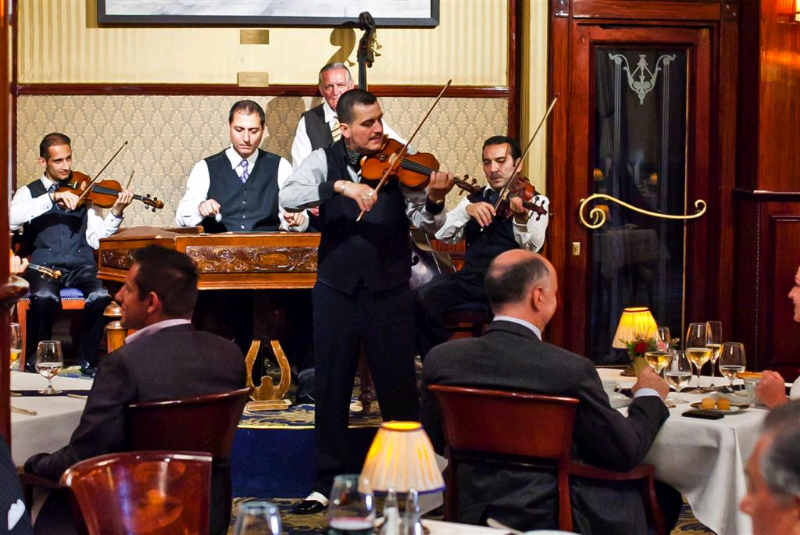 It’s one of the best known and most sought after restaurants among tourists visiting Budapest. They’re drawn to it by the authenticity of its cuisine, the excellent service, and –best of all- its amazing location: right in the heart of the city, by the Szechenyi baths. And one more thing: they tend to have live music. This restaurant is a magnet for tourist from all over the globe, and prices, though not unreasonable, are slightly above average for that area. How to get there? Gundel Karoly Utca 4. 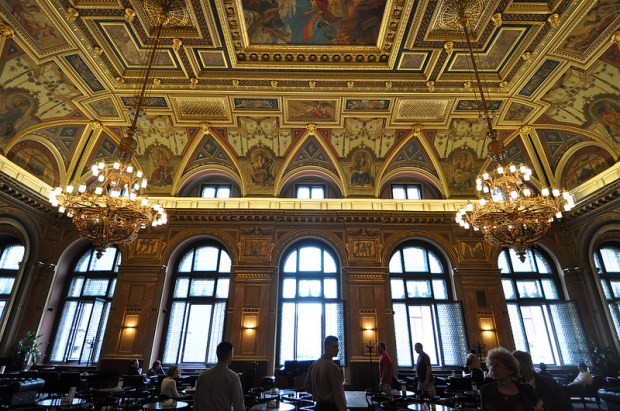 Impressive nineteenth century Parisian-style building in the heart of Pest, breathtaking from the inside and from the outside. Pure luxury with gourmet food, though prices have been adjusted. With a stately air and first-class service. The staff is used to having people visit Café De Paris just to take a few pictures. Others pretend, and stay for a soda or for a coffee, and others just come in or out as they please. It’s usually full. If you are going to be there for lunch or dinner, it’s advisable to book in advance. How to find it? Vörösmarty tér 1.

Spoon Café & Lounge, a Romantic Evening on the Danube 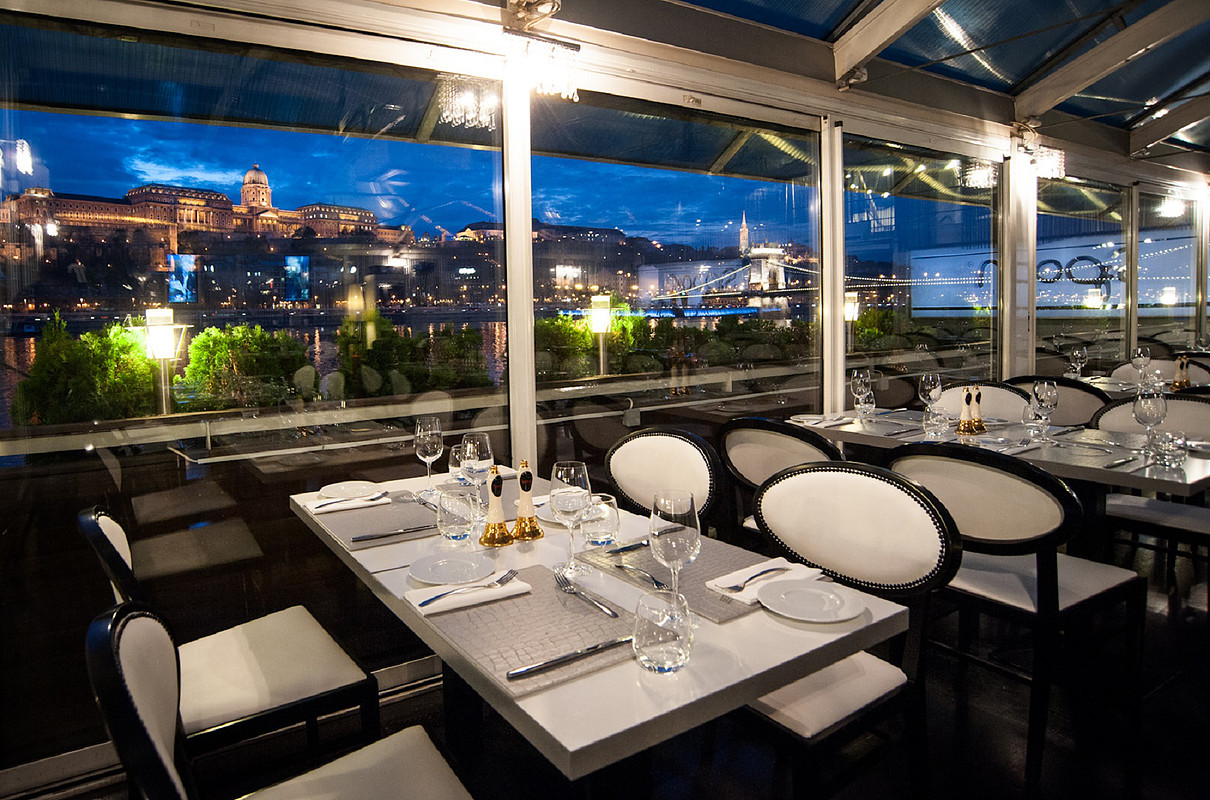 Dinning on a boat-turned- restaurant on the Danube is priceless. From there you’ll have amazing views over the “two cities”, Buda and Pest, as well as the famous Chain Bridge.  They serve traditional Hungarian dishes, from goulash to strudel, but with a modern, refined touch. The price might be a bit steeper than the average restaurant due to its privileged location. Dinning there is not just romantic, but also very original. Where? Vigado tér, Pier 3.

This restaurant cares about your health. They offer traditional cuisine but their dishes are lower in fat and overall lighter. Nancsi Neni’s recipes stay true to the essence of traditional Hungarian gastronomy while offering a modern take with a 21st century mindset. Social awareness for healthier eating and caring for our arteries, have made this restaurant become one of the ‘healthiest’ places to eat in the city. And the best of all is that flavors remain unchanged. Location: Fortuna Utca 21.