Maybe because it is one of the neighborhoods of Manhattan that has become fashionable and known for film in recent years. There have been several films that were shot at that location.

It may come as a surprise, but there are films made in North America that aren’t multi-million dollar productions and action-packed blockbusters. Like in much of the rest of the world, there are also great films made on limited budgets. And they are the reason that this film festival was created, to screen and showcase this type of project. 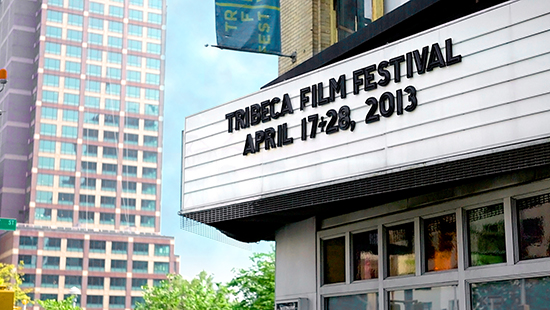 When is the Tribeca Film Fest?

If you are visiting New York between April 17 and 28, you can enjoy and participate in the twelfth edition of the Tribeca Film Festival.

What can we expect from the Tribeca Festival?

This New York festival features competitions for shorts, documentaries, panel discussions, film screenings, etc. The movie world temporarily takes over the streets of Manhattan. There are almost twenty categories of films presented in the festival. Included are awards for the best narrative feature, best director, as well as  awards for short films, documentaries and others.

Some of the films shown are not part of the competition. It is still, however, a good opportunity for films to become better known to American audiences and abroad.

Twenty-two movies are included in the “Viewpoints” section with feature films and documentaries from around the world.

Another section called “Spotlight” screens narratives and documentaries with an independent style of filmmaking.

Twelve additional films are competing in the “World Narrative” category, with world premieres and films from various countries.

This great variety of films shows that we still have a lot of stories to tell. They can open new worlds to many new people, whether real and unknown stories or fictions and dreams. There are many filmmakers out there eager to express themselves and show the world these things.

And all of this takes place in the capital of the world, in New York, a city that gives and takes and where absolutely anything is possible.

And what else should we see in New York?

If you’ll be in New York during this time, there are several other things you can do between the screenings and roundtable discussions if you find the time:

Take a helicopter tour and see the whole city at once, from the Statue of Liberty, Wall Street, the Empire State Building, and a moving view of Ground Zero.

Central Park is one of the largest urban parks in the world. Any fan of movies will want to see this park first-hand and discover that it lives up to its many depictions in film.

Times Square is the most luminous and striking spot in New York. Be a part of the crazy, crowded streets among people of all ethnicities under the neon lights.

Brooklyn Bridge, the most famous bridge in New York, has also been featured in countless movies.

What more would you need to enjoy the Tribeca Film Festival and your stay in New York?

New York has an abundance of activities and the majority are concentrated in Manhattan. If you decide to spend some days here, it´s easy to find accommodation in New York.