There are many film festivals around the world but the festival of Venice, along with the Cannes one, are the most glamorous and prestigious of all. Certainly there are others, like the ones in Berlin and Toronto, which are catching the attention of people for being truly outstanding, but they will never have the experience, quality, beauty and glamour that is the Venice film festival has got. 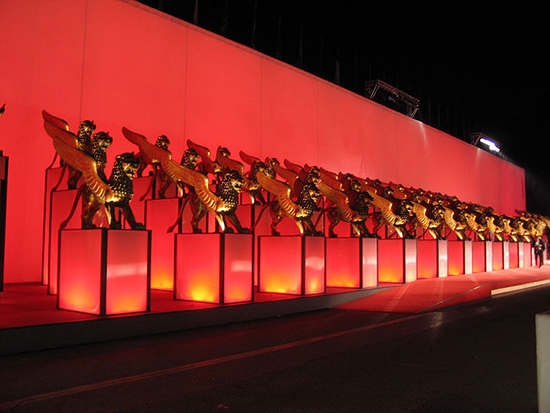 The Venice Film Festival celebrated its first edition in 1932. Led by Giuseppe Volpi, a Venetian politician and businessman, the festival has been celebrated since then every year in late August and early September, while gathering the best actors, actresses, directors and producers from around the world. The festival takes place on the island of Lido, south of Venice, and is part of the Venice Biennale, which also incorporates other arts such as sculpture, painting and architecture. Finding accommodation in Venice is expensive and complicated, but you’ll always have the chance to book beautiful holiday apartments in Venice at Only apartments, they are a very comfortable and affordable way accommodation. You’ll even find accommodation in Lido itself, so you can have the film stars at the door of your rental.

The prizes awarded at the festival are also among the most famous in the world, just a step below the immortals Oscars. The best film is given the Leone d´Oro, while the best director receives the Leone d´Argento. The best actor and actress, get the Volpi Cup prize, which is named after the founder of the festival mentioned above. In addition, a special award commemorating the career of an actor, actress or director is every year given to the legends of the industry.

The films presented at the festival are varied, but with some Italian influence (Controcampo) and hollywood. The Controcampo are some awards for Italian films, which is composed by 7 films, 7 shorts and 7 documentaries, each with its special award.

Hollywood stars can’t resist the red carpet walk of the channel, and that is why the festival photo calls are compared to the ones at the Cannes Festival. The opening at the Palazzo del Cinema is undoubtedly one of the most prestigious and glamorous international events in the film scene; an event that has brought together all the most famous actors from Hollywood and Europe over the decades.

Undoubtedly, the end of the summer is an excellent time to travel to Venice. The tourist hordes have returned home, so you can enjoy the city more quietly and with less people. Lido is located only a few minutes boat ride from the city center, offering the most incredible landscape of Venice. Visit Venice and enjoy watching some of the world´s most famous movie in one of the most beautiful cities of Italy.